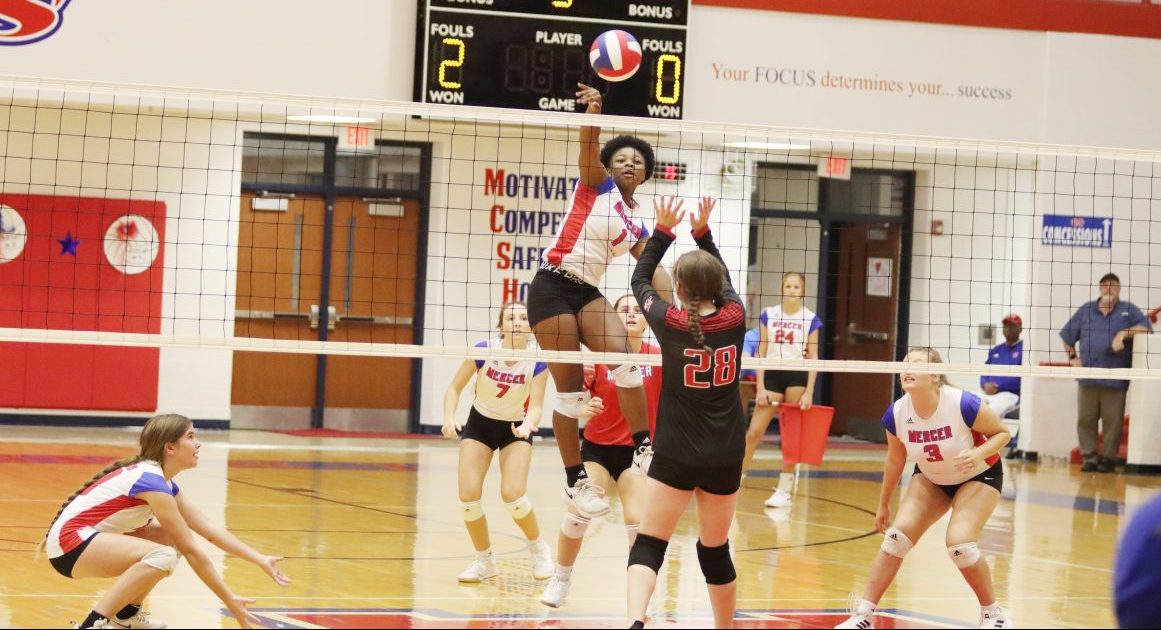 The Harrodsburg Herald/Wesley Bird
Freshman Ralasia Piazza went up for the spike in Mercer’s 3-0 win over the Burgin Bulldogs on Monday, Sept. 12. The Titans also celebrated their six seniors. For more photos, check out this week’s issue of the Harrodsburg Herald.

The Mercer County Titans volleyball team (10-5) faced off against hometown rival the Burgin Bulldogs (1-10) for their senior night festivities. The Titans won in three straight matches 25-9, 25-16 and 25-14. Mercer celebrated their six seniors; Madisyn Griffin, Avery Robinson, Jai Maria Piazza, Kallise Gammon, Taylor Murphy and Jamesyn White on and off the court letting them play the majority of the game.

Burgin put the first points up on the board, but senior White took quick control of the game with back to back kills. She then extended Mercer’s lead from the service line, 9-4.

Mercer mixed it up at the net with hits and dinks and it kept Burgin’s blockers guessing. Burgin’s Cadence Edwards had a good dig in the middle and Ava Todd was able to keep the volley alive, until Piazza found her rhythm with two hard hit spikes to push Mercer’s lead to 17-5.

Murphy fed junior Jorga Sanford with good sets and Sanford took advantage. Burgin’s back line were able to get a hand on it, but the passes went wide.