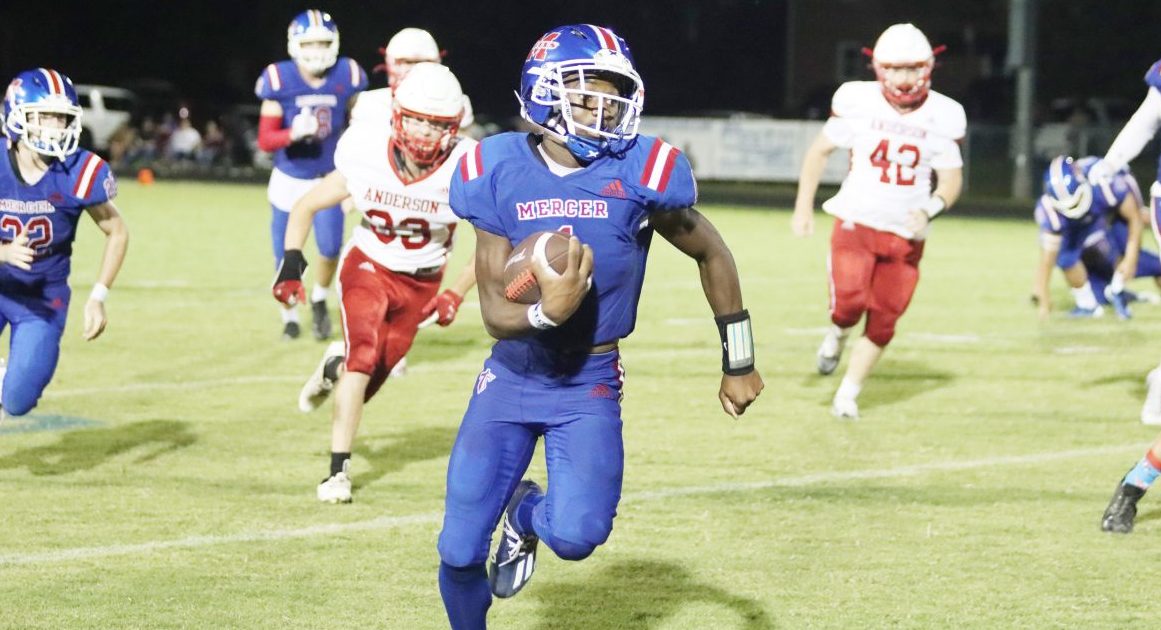 The Mercer County Titans football team (1-2) got their first win under new Head Coach Craig Yeast with a lopsided 49-17 victory over the Anderson County Bearcats (0-3) Friday, Sept. 2. Mercer was in control the whole time with domination in all three areas of the game.

It was a busy night on and off the field at Alvis Johnson with Mercer having youth football night and Future Farmers of American teamed up with the Anderson County chapter for a grill out before the game.

Senior Gavin Wilson started the game with the opening kickoff and Anderson began their first drive on the Titans 24 yard line. The Mercer defense stopped Anderson’s three runs to bring out the Bearcats punt team.

On the Titans first drive, they started with two incompletions to bring up a long third down. Thaddeus Mays found Landon Yates in the middle of the field for a 23 yard pick up to put the Titans on Anderson’s 45 yard line. Running back Denim Griffieth got a bubble pass out of the backfield and picked up 12 yards followed by Ashton Drakeford catching a slant for another first down.

On the next play, Mays scored on a designed quarterback run up the middle for a 20 yard touchdown for the lead, 6-0. Jase Cocanougher added the extra point and he was perfect on the night making all seven attempts, 7-0.