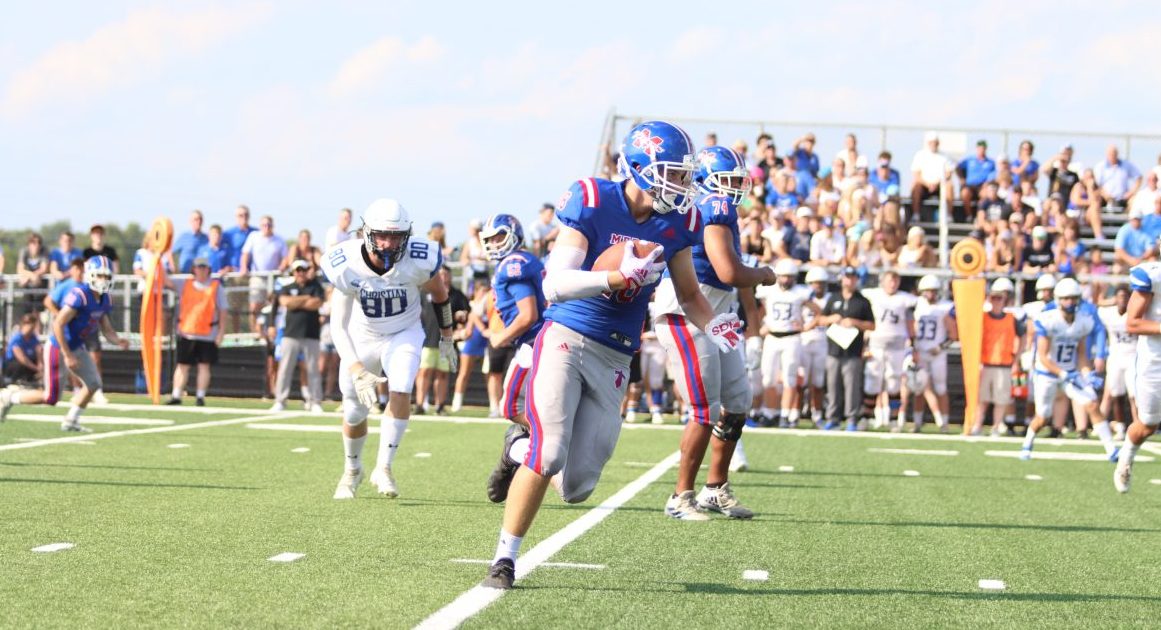 The Mercer County football team (0-2) lost, 19-49, to the Lexington Christian Academy (LCA) Eagles on Saturday, Aug. 27. The Titans knew coming into the Rebel Bowl they were facing an uphill battle aganst the 2021 2A state runners up.

The Eagles started on the 20 yard line after a touchback from Gavin Wilson. After a 15 yard completion, LCA fumbled the ball on a bad exchange and senior Zeydan came away with the ball. Quarterback Thaddeus Mays was sacked for a four-yard loss, but converted a fourth down with a 12 yard scramble.

The Titans offense stalled at the 10 yard line and Head Coach Craig Yeast sent out the field goal unit, but Wilson’s kick was blocked.

A penalty killed the Eagles’ drive and they punted it back to the Titans, who took over at their own 28 yard line. Mays found tightend Landon Yates for an eight yard catch and a first down. Mays picked up 29 yards on a big rudn down the middle of the field to put Mercer in LCA territory, but the Titans failed to convert. May was sacked on fourth down, turning the ball over.

The last play of the first quarter was a 44-yard catch and run for the Eagles, who scored two plays later on a one yard run, going up 0-7.