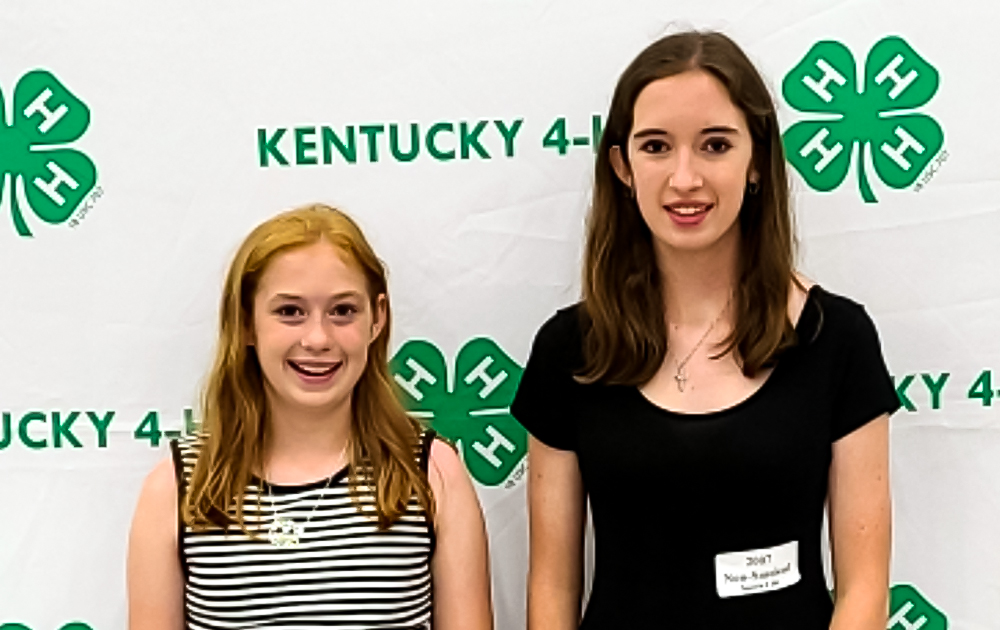 The Mercer County 4-H chapter were really cooking at the 2022 4-H Country Ham competition, but for Raegan Daniels and Emerson Daniels, both of Harrodsburg, winning is getting to be a habit.

According to their mother, Raegan, 15, and Emerson, 13, have been participating in 4-H since elementary school, but this year has been special.

The sisters both advanced in their respective categories to the state level after winning county and area competitions in 4-H demonstration/speech.

At the state “Communications Day” competition held in July, Raegan and Emerson both walked away with the first place champion ribbon in their respective categories. One month later, on Aug. 18, at the Kentucky State Fair, the sisters competed again in the 4-H Country Ham and Speech Contest. Out of 825 total 4-H participants, Raegan and Emerson were awarded first place overall in their age divisions of the nonsmoked country ham division. Reagan was named overall winner and 2007 age division champion with a score of 94.2 while Emerson was named the 2008 overall winner with a score of 91.1.
Other local winners include Makayla Nichols, who was named 2008 non-smoked country ham winner, and Westin Mills, who took second place in 2012 non-smoked country ham division.

“I am obviously a proud mother of my two girls,” said Emily Daniels, the district interventionist at Mercer County Intermediate School. “But this year has been extraordinary.”

Here are the Mercer County ribbon winners, listed by name and age division.