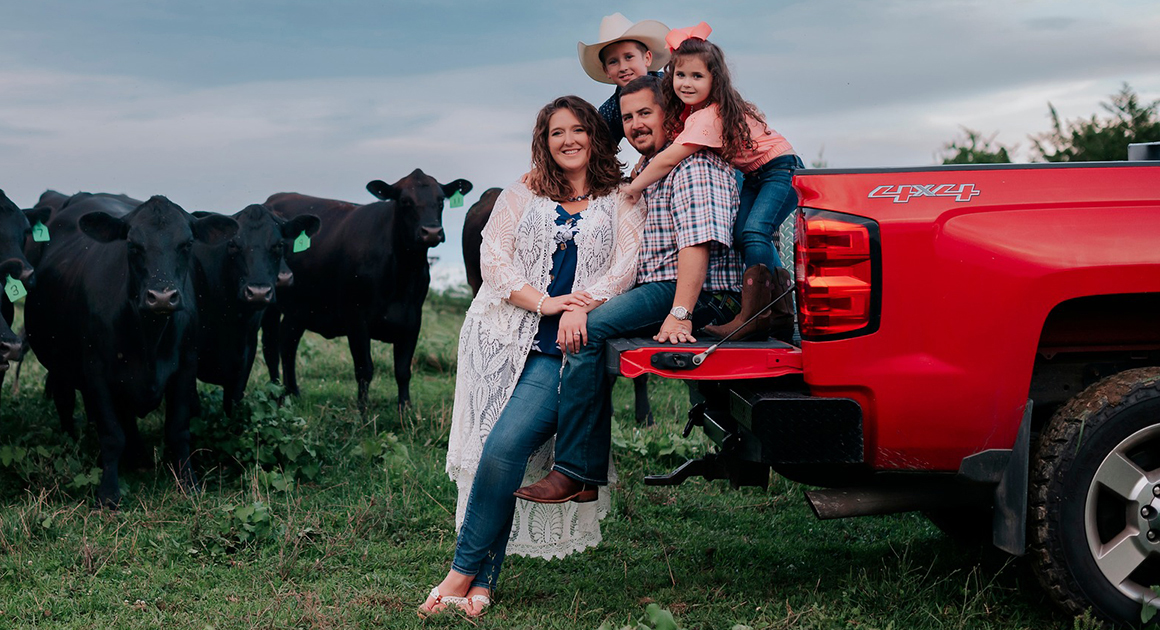 Photo Submitted
The Mercer County Farm Bureau has named Zac Lewis as the Young Farmer of the Year for 2022. From left: Krystina, Lochlan, Zac and Ramsey.

Lewis is a 2007 graduate of Mercer County High School where he was an active member and an officer in the FFA where he received numerous awards. While still in High School, he leased his first farm on his own from James Wheeler, buying and selling steers and heifers. He also continued to help on his family farm with his father, brother and uncle while also working at Tuggle Feed and for Ricky Keller’s custom hay service. Lewis has been mostly involved in hay production and cattle.

“I am thankful to be able to work beside these men who instilled farming values and knowledge in me as a young farmer,” said Lewis.

Today, he and his brother, Zane, own Lewis Livestock and partner on a cow/calf operation and also have partnerships with Jimmy McGlone and their father, Fred Lewis, as well. Currently, the operation consists of weaning calves and backgrounding them several months to ensure healthy calves before selling. They produce both grass and alfalfa hay off of multiple farms in Mercer County as well.