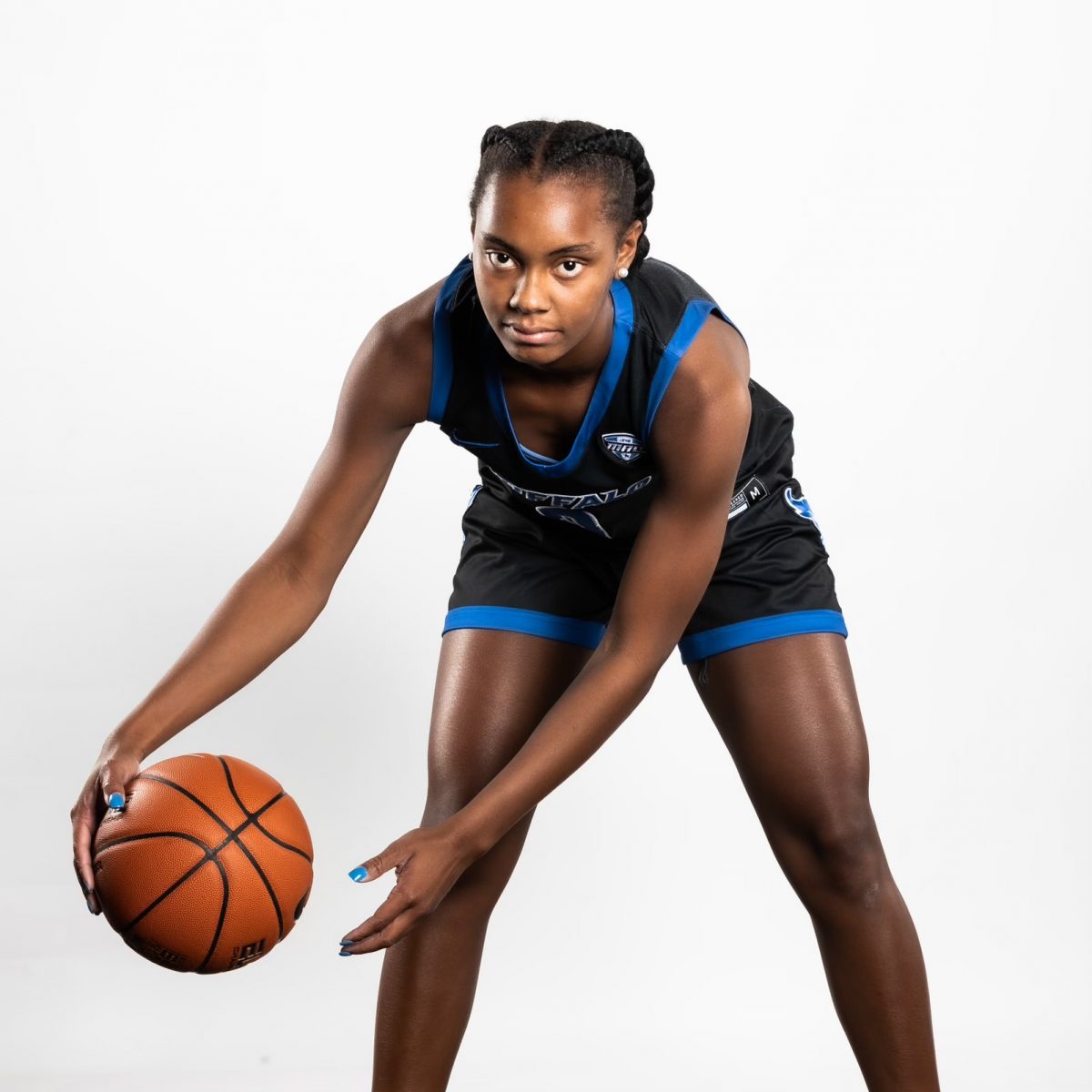 Photo Submitted
Mercer basketball and track star Timberlynn Yeast made a verbal commitment to the University of Buffalo on Monday, Aug. 22.

Mercer basketball and track star Timberlynn Yeast had made her collegiate choice with a verbal commitment to play for the University of Buffalo Bulls upon graduating next year.

Yeast’s basketball career as a Titan is as impressive as they come. She has played for the varsity team since the seventh grade, amounted 2105 points and 995 rebounds. She’s lead Mercer in scoring since the eighth grade playing all 115 games possible. Along with never losing to a 46th District team, Yeast and the Titans have been to the 12th Region championship game the past two seasons.

Last season, Yeast averaged 20 points and eight rebounds a game to help Mercer reach a record of 24-8. A highly sought after recruit for college teams, Yeast has made a name for herself at the high school level and on the AAU circuit playing for the West Virginia Thunder.

The Miss Kentucky Basketball hopeful fell in love with the University of Buffalo on a recent visit.

“The campus was amazing, facilities were great and the coaches were the best,” said Yeast.