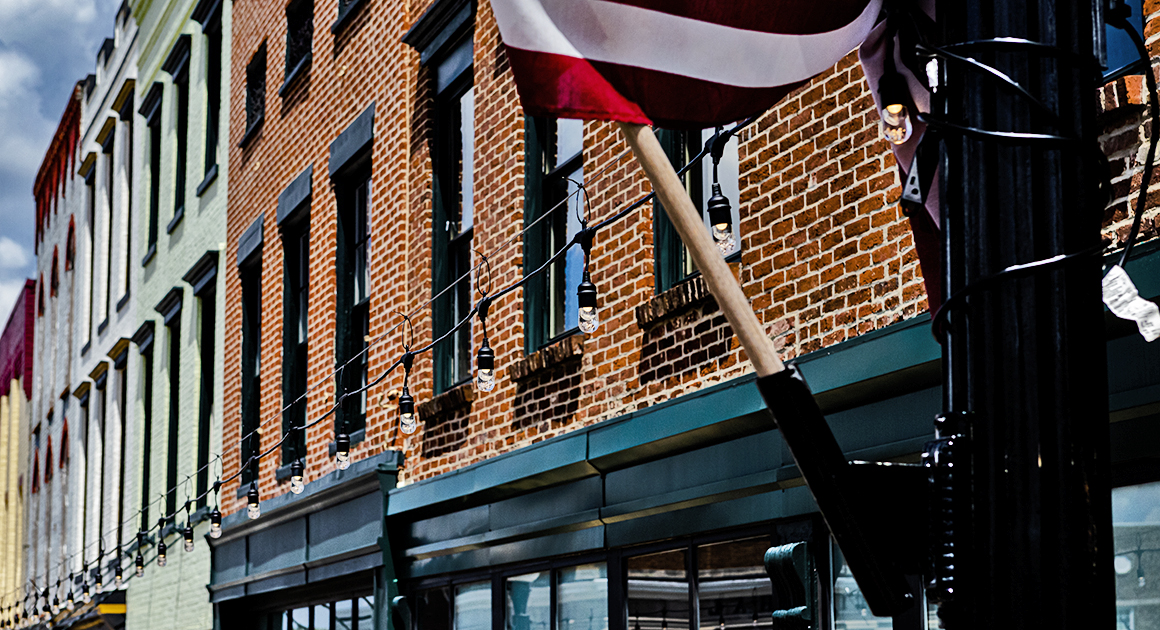 Officials hope to expand the lights downtown before Oktoberfest.

The lights were put up earlier this year as part of the decorations for the Mercer County Senior High School’s first ever downtown prom. The lights have remained up ever since.

“We need to do something with those lights,” Daarik Gray, the executive director of the tourist commission, told the board of directors last week. “We either need to take them down or finish the whole job.”

Gray said the tourist commission and Harrodsburg First have priced running lights all the way down to Lexington Road, which would take Need 160 12-foot string of lights and cost about $4,668.80. Gray said the only additional cost: hiring an electrician to make sure the sections tied in together. He said they would like to do it before Oktoberfest, which runs this year from Friday, Sept. 30, through Sunday, Oct. 2..

“I think that would be beautiful,” said board member Joan Huffman. “It would be attractive and eye-catching.”

“It needs to be done or not done,” said Tim Kazimer, the chairman of the board of directors. Kazimer called the beautification of Harrodsburg was a tourism related expense. “People will go to a town because of the way it looks.”

If one light goes out, the whole 12-foot section would go out.

“If we make the initial investment, would the city maintain it?” asked the treasurer, Bob Gigliotti.

“We fund Harrodsburg First and we also fund the lights,” Kazimer said. “Ultimately it’s still coming out of our pocket.”.

Kazimer asked if the board wanted to move on it.

“I think it’s a good idea if the city commission goes along with it,” said board member David Coleman, who moved to spend up to $5,000 for lighting on Main Street. Pending approval by the Harrodsburg City Commission, they hope to have the lights up by Sept. 1.

Somewhere else that has gotten a lot brighter recently is the Diamond Point Welcome Center. Last month, a contractor removed the big tree in front, which was dying. At their regular meeting on Wednesday, Aug. 10, the board discussed several options on how to replace that tree, including a flag pole, a fruit tree and—jokingly—a statue of Kazimer. They took no action on that, but everyone agreed that removing the tree had improved visibility at Diamond Point, both inside and outside.

“You can see the building so much better now,” Huffman said.

“It lightened up the room,” board member Leigh Lope said.

“This building just pops,: said Garnie Yeager, the deputy executive-director. “More than it did before.”

“Karen used to call this the front porch of Harrodsburg and I would agree with that,” said Kazimer, referring to former Executive-Director Karen P. Hackett.

Kazimer thanked Suttles Tree Care for the job they did removing the tree. The tourist commission will get more quotes before taking any action.