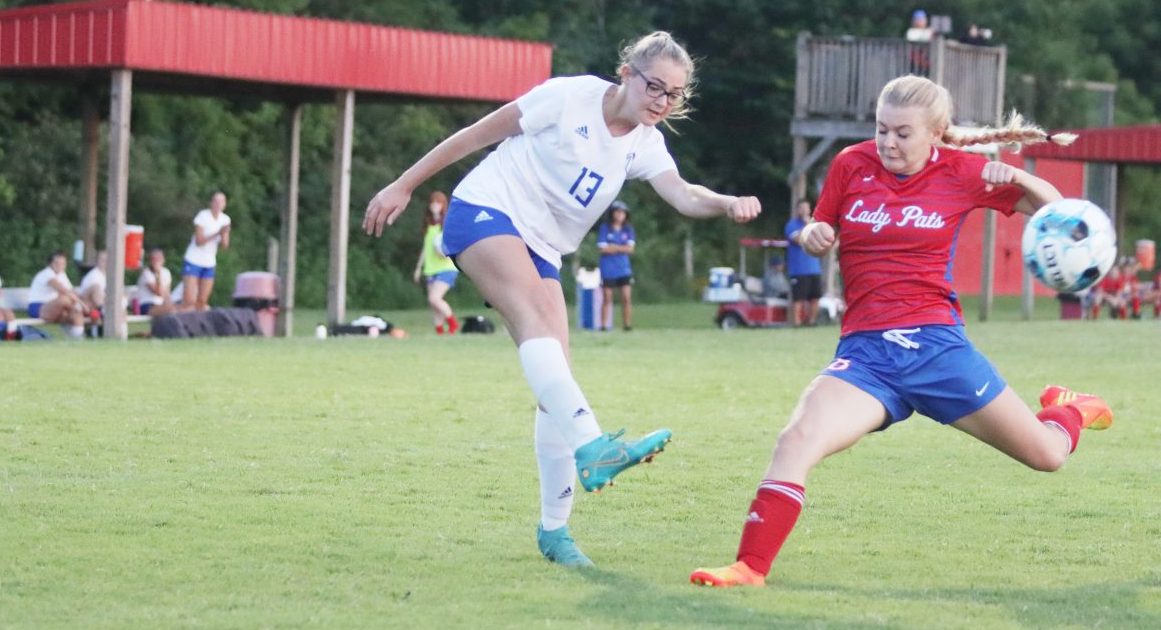 The Mercer County Titans girls soccer team started their season with a 2-2 draw against the Nelson County Cardinals Aug. 10. The Titans ventured to Lincoln County to take on the Patriots in a 12th region matchup Saturday, Aug. 13. Mercer fell short 0-2 on the road as the young team tries to find their rhythm.

Lincoln set the tone early with a few early shots on goal, but senior keeper Ryleigh Sipe answered the call racking up three quick saves to start the game (10′). Freshman striker Kiley Waldridge had the first good offensive attack for Mercer down the right side, but couldn’t get a shot off in Patriots territory (14′).

The Titans defense continued to stifle the Lincoln attack with Blaize Sims and Baylee Sims defending well.  Sophomore Adison Wilham had a great run to set the Titans to score with the Patriots keeper out of the goal, but Mercer couldn’t capitalize (30′). Laykin Irvin had her first look at the net with an outside shot set up by Waldridge that was just over the goal (32′).