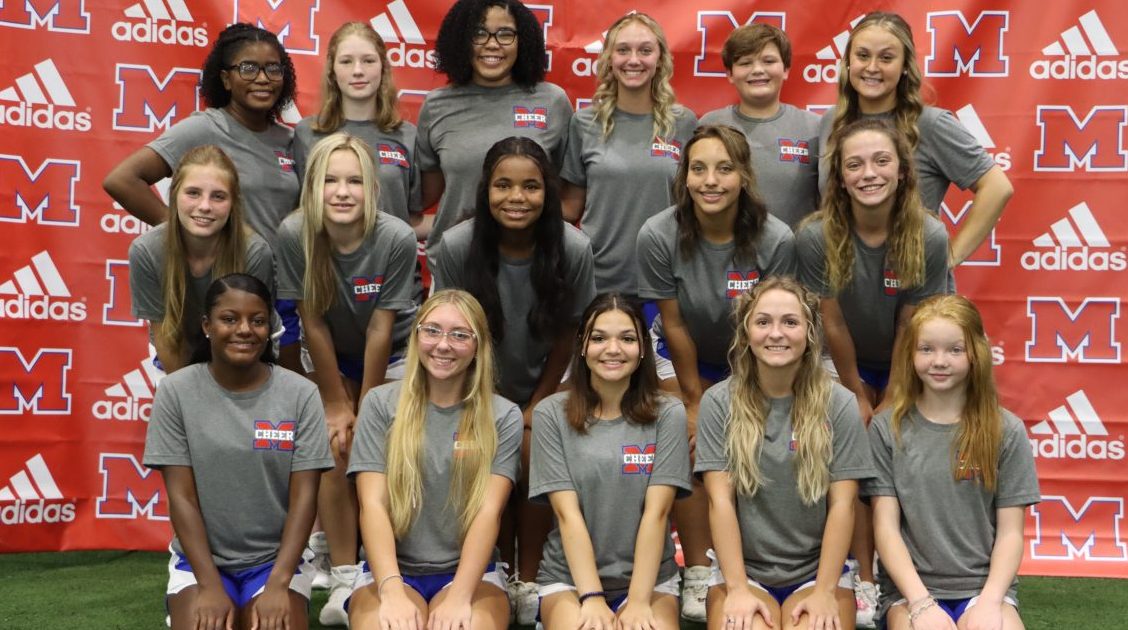 With the fall sports season back in swing the Mercer County cheer team are ready to take the sidelines for this year’s football season.

This year’s coed team is made up of 16 members with 15 girls and freshman Brandon Johnson joining the squad as their only boy. Head Coach Nikki Downs’ team has experience with four sophomores and four juniors and their lone senior Lexi Adkisson.

They also have a mix of youth with four seventh graders, an eighth grader and two freshmen rounding out the roster.

“I have a young team and I am looking forward to rebuilding back, but I have a lot of girls who want to work really hard,” said Coach Downs.

Their season ended with basketball in March, tryouts were later in the spring and  work started in the summer to get ready for a long season. The team had sideline chants and dances to learn for in game situations. When they aren’t leading the crowd, the team also prepares for district and region qualifiers in November with hopes to compete at state.