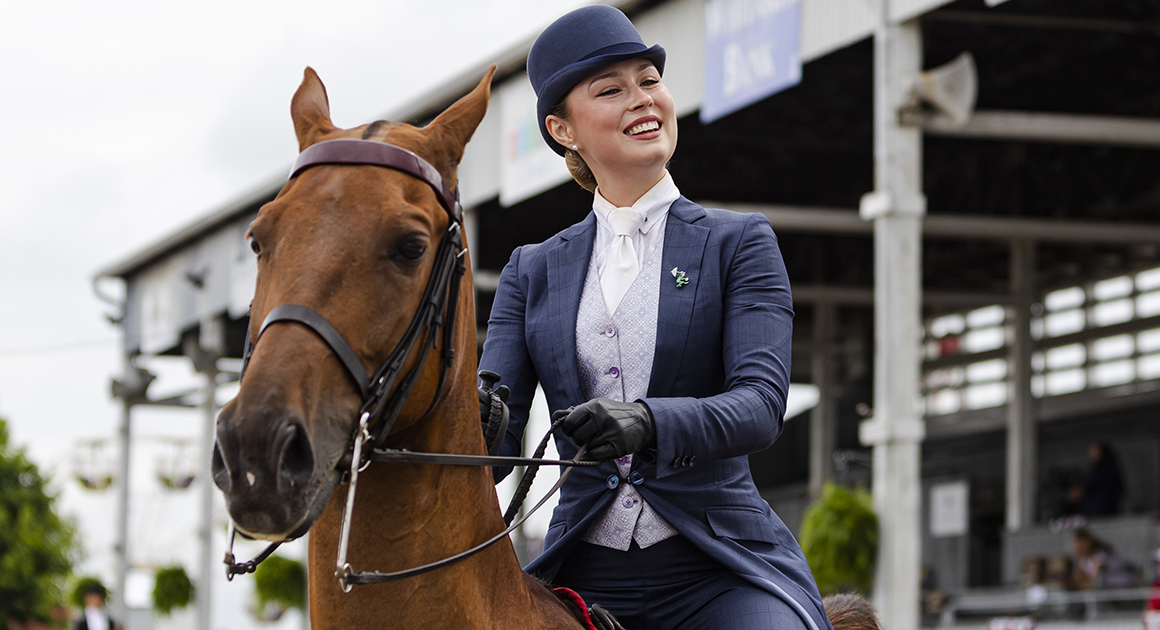 A competitor in phase II group B in the three-gaited competition at the 2022 Saddle Seat Equitation World Cup waits for her score on Friday.

The U.S. Saddle Seat Teams earned podium finishes this week as the 2022 Saddle Seat Equitation World Cup came to its conclusion on Friday, July 29, at the Mercer County Fairgrounds. 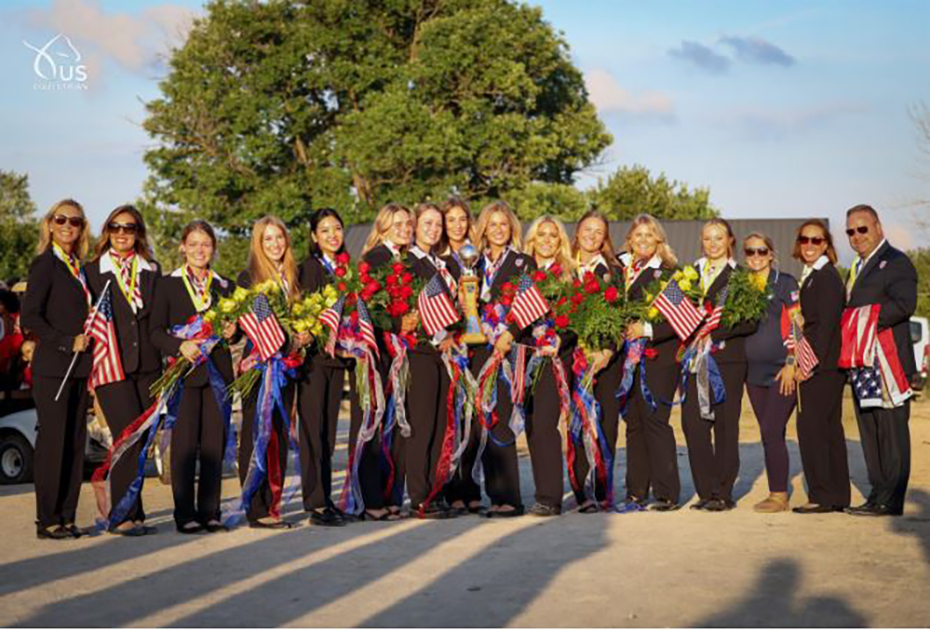 Both teams were coached by Pam Roush of Lutz, Florida, and Katie Case of Shelbyville, along with assistant coaches Georgia and Jimmy Morrison of Nitro, West Virginia.

World Cup competition spans over two days, and on each day, the riders compete in a railwork phase and perform an individual pattern. They ride a different horse on each day, and the horses are donated for the week by several different stables and individual owners. The competitors are paired up with horses they have never ridden prior to World Cup week. In the two days leading up to competition, the teams get one 20-minute practice session each day to briefly get to know the horses. The coaches have the option to switch horses within their teams to create optimal horse-and-rider combinations for competition.

“The teams have been fabulous,” said U.S. Team Coach Pam Roush. “We had a hard draw the first day on a couple of horses and they handled it beautifully. They came in extra early the next day, practiced those patterns [on foot], and we really got our details drilled in on day two.”

The World Cup takes place once every two years and alternates between the U.S. and South Africa as host countries. As one of the only team competitions for saddle seat riders, it provides a unique and invaluable experience for all the participants.

USA Saddle Seat offers a team experience for young riders in the off years in between World Cup years. Roush encourages all interested athletes to get involved with these programs, either by applying for a team or volunteering as a groom.

“If you are a saddle seat rider and you’re interested in World Cup or Young Riders, apply, apply, apply!” said Roush. “Come and volunteer is the big thing. When you’re back here with these girls and you see how it all happens, it only boosts your confidence to go in and do it yourself.”