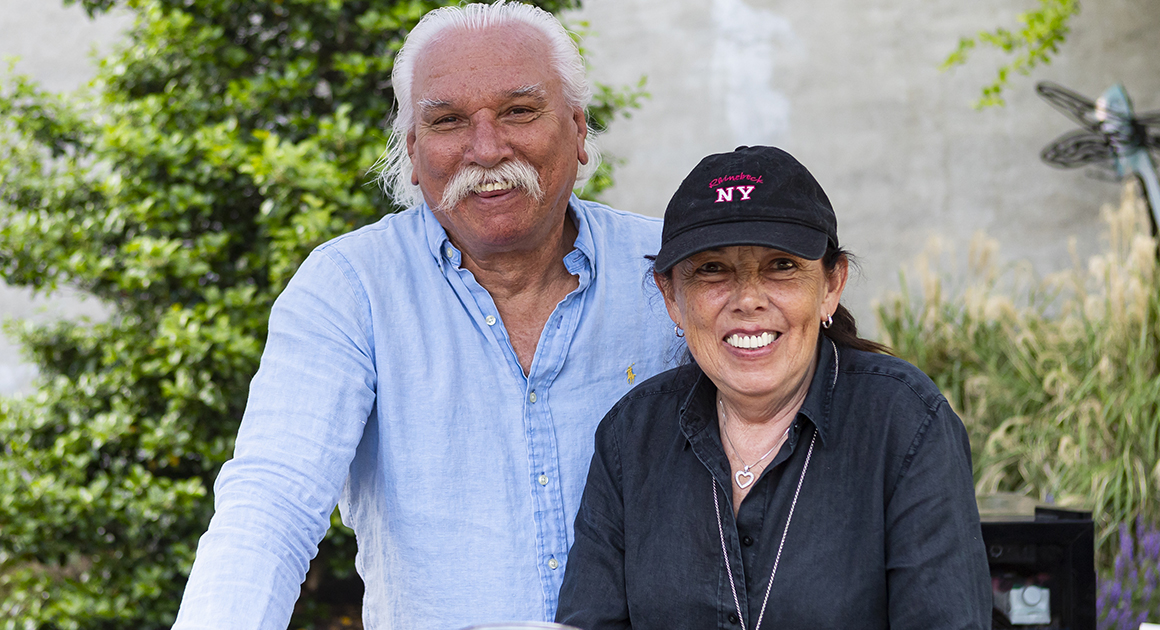 The Harrodsburg Herald/Robert Moore
Paul and Deb Slaninka of Black Watch Alpacas are among the local artisans who will be displaying their wares at this weekend’s Craft Festival at Shakertown.

Artisans are coming from as far away as Minnesota for the 2022 Shaker Village Craft Fair this weekend and Mercer County will be well represented. The craft fair, which is co-sponsored by Hardscuffle Inc. and Bluegrass Sotheby’s, happens Saturday, August 6, and Sunday, Aug. 7, from 10 a.m. to 5 p.m.

Celebrating its 25th anniversary, the event boasts an assortment of crafts, including exceptional pottery, jewelry, glassware, woven rugs, needle craft, basketry, leather goods, floral design and Shaker reproductions.
Artisans are coming from all over Kentucky, Indiana, Illinois, Tennessee and even as far away as Minnesota. 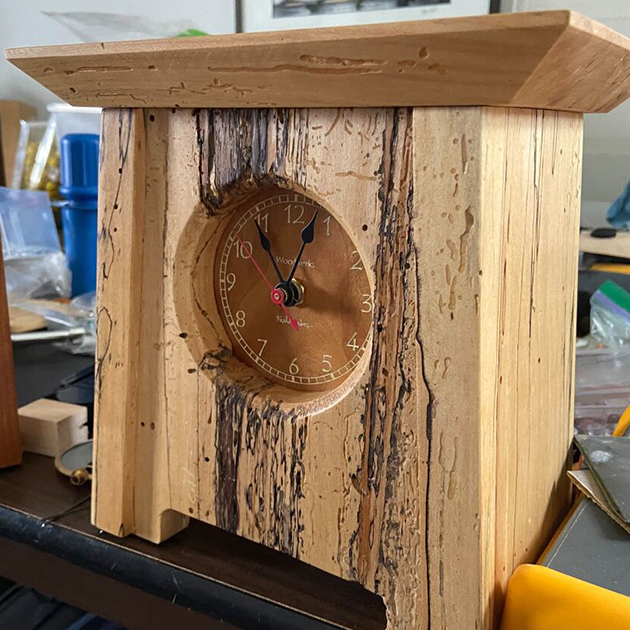 Chambers makes clocks from Kentucky wood. He recently told WLEX 18 that it started as a hobby.

“I made stuff for my daughter,” he told WLEX reporter Austin Pollack. “I got the big idea, I’m going to make wooden gear clocks and I’m going to sell them.”

The invention of the mechanical clock dates to about 1360, when a German craftsman named Henry de Vick was commissioned by King Charles V of France to construct a tower clock at the royal palace, now known as the Palais de Justice. It took de Vick eight years to build his clock, which was driven by falling weights. While de Vick’s clock only had an hour hand, for the next three centuries, his design was the basis for most other clocks, and the basic principles are the same used in the manufacture of mechanical clocks today.

Chambers said he began showing the wooden clocks he made—which harken back to the world of timekeeping before everything went digital—at local arts and crafts shows after he was laid off in 2011. He told WLEX he attends approximately seven shows a year, including the craft fair at Shakertown.

In addition to arts and crafts, there will also be live music on both days. David Bates kicks things off Saturday at 11:30 a.m., followed by Carrie Johnson at 2 p.m. and the New Beckham County Ramblers at 6:30 p.m. Kylie Miller starts the music at 11:30 a.m. on Sunday, followed by Liz Bowman at 2 p.m.

In addition to the Shaker Village Grill and Bar, there will also be food trucks including Bluegrass Foods, Captain Franks Hotdog Emporium, Hogtown BBQ, Louisiana Passion Catering, the Mousetrap, the Roosters Whistle, the Scoop and Southern Kettle Corn.

General admission is discounted for Craft Fair weekend and includes access to historic tours, exhibits and other Shaker Village experiences. Admission is $10 for attendees aged 13 and up, $5 for children aged 6 to 12 and free for children five and under as well as annual passholders. For more information, call 859-734-5411 or visit shakervillageky.org.