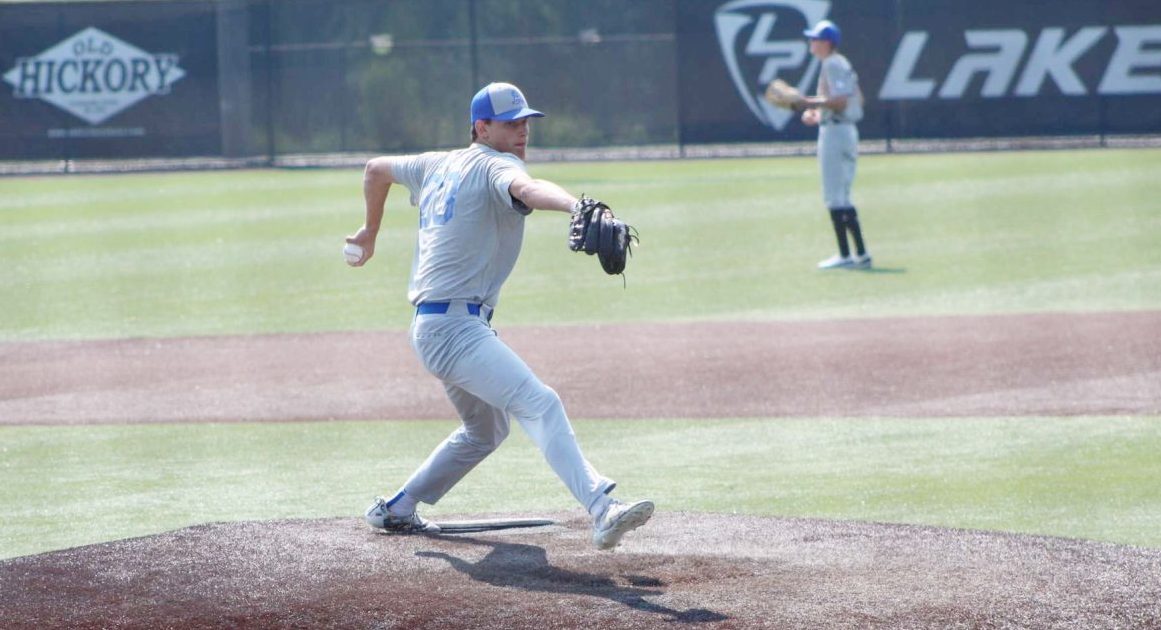 Photo Submitted
Evan Hart and the Kentucky Mustangs Arsenal have spent the summer baseball season playing against some of the nation’s best high school prospects.

Evan Hart has wrapped up his travel league baseball  after playing tournaments across the United States for the Kentucky Mustangs Arsenal.

Playing in both the Prep Baseball Report (PBR) and Perfect Game travel leagues ,Hart has kept busy this summer going to Georgia, Ohio and North and South Carolina. As the ace pitcher for the team he only goes to games when he is cleared to pitch, making the trips around the country to play sporadic.

Hart just finished up playing in the WWBA National Championship in Marietta, Georgia, this past weekend. With 446 teams in the tournament and 73 different pool plays the event offered players from around the country to show off in front of scouts both from colleges and Major League Baseball (MLB) teams. The Mustangs and Hart made it past pool play going 4-0-1, but fell in the round of 32.

Hart acknowledged the skill gap as the biggest difference compared to high school play, but also the use of wooden bats and how they play in favor to the pitchers.

“It’s completely different, because you can’t get those little shots over the infield; you have to hit straight barrels to get it anywhere,” said Hart.

The teams Hart faced over the summer are full of division one players making every batter a new challenge.

“We played a team out of Texas and the whole team was D1 and you have to beat them. It’s really competitive, but at the same time it gets old because you have to earn every single strike you get,” said Hart.