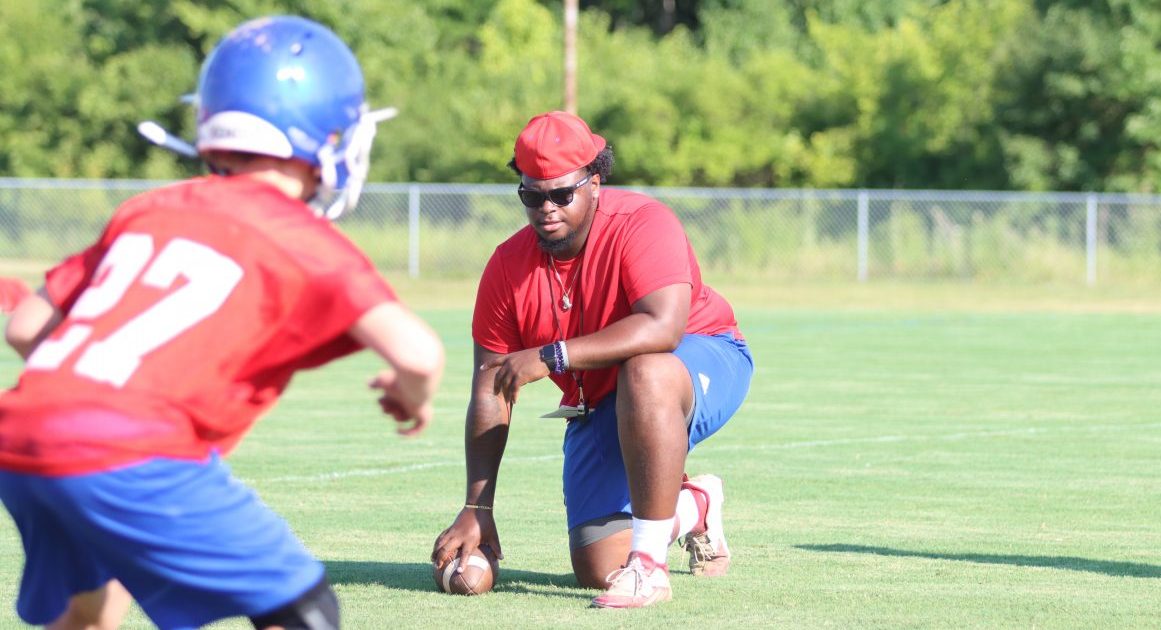 The Harrodsburg Herald/Wesley Bird
Tyus Short’s return to Titan football is more like a family reunion. Short has six relatives playing on the team and on the coaching staff this season.

The Mercer County Titans football program added to their family with the addition of alumni Tyus Short to their coaching staff.

Short played four seasons for the Titans from 2013 to 2016 and was a menace on the defensive line. He tallied 279 tackles from his defensive tackle position throughout his Mercer career. Short was pivotal his junior and senior season for the Titans never missing a game and being a leader on and off the field.

Short went on to play college football on a scholarship to the Kentucky State Thoroughbreds. He battled throughout his collegiate football career with multiple season ending injuries. He graduated in 2021 with a degree in computer science.

Short’s return to Mercer isn’t just a reunion with his alma mater, but a family reunion as well. He has family members though out the team with Mercer Head Coach Craig Yeast, assistant coach D Smith II and Athletic Director Donald Smith on staff along with  juniors Myles Haygood and Thaddeus and Kingston Mays.

“It means everything, being able to come back to where it all started and give back to the ones coming after me. That’s what it’s all about,” said Short.

Coach Short returns to a familiar place with some familiar faces beyond family including his old position coach, William Harris.