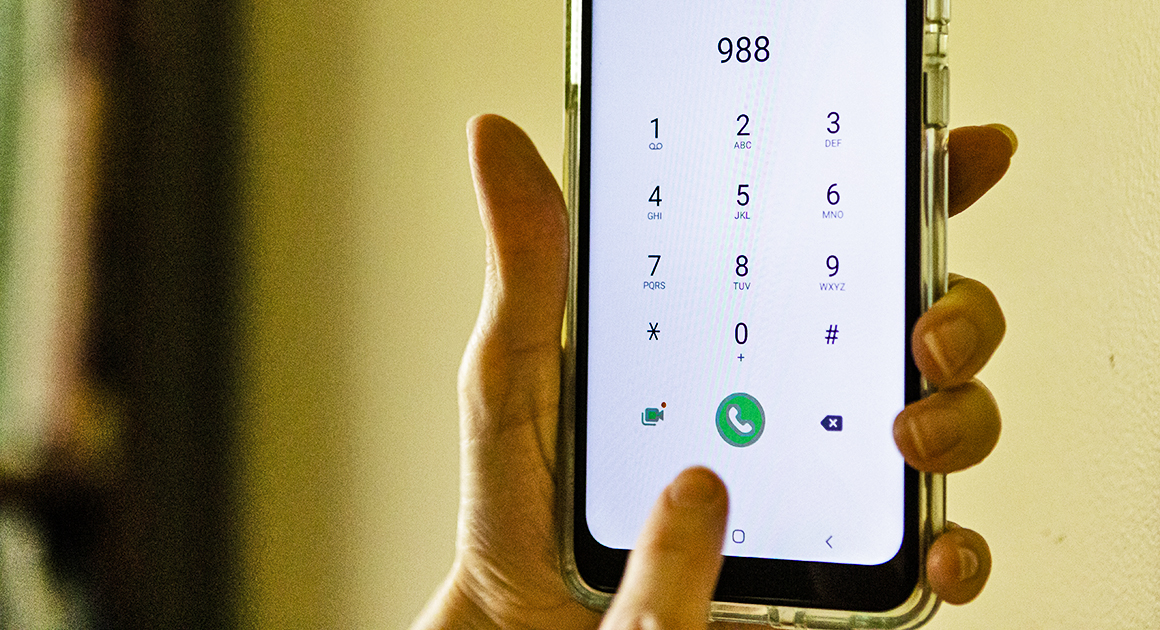 Kentucky has launched an easy-to-remember three-digit mental health crisis hotline, 988, which connects Kentuckians facing a risk of suicide, mental health distress or an addiction crisis to compassionate and trained counselors who can help.

The 988 suicide and crisis lifeline is available every hour of every day, and counselors respond to calls, chats or text messages directly from Kentuckians in need as well as those who are concerned about a loved one who may need crisis support.

“With the launch of 988, we have made it easier for Kentuckians to reach out and get the help they need and deserve,” said Gov. Andy Beshear in a press release.

Officials anticipate an increase in calls due to the new easier-to-use number and text capabilities, and because of the many Kentuckians struggling with their mental health, especially youth.

Suicide is the second-leading cause of death for youth and young adults in Kentucky. According to the Kentucky Youth Risk Behavior Survey released in September 2021, 15 percent of Kentucky high school students reported having seriously considered suicide during the previous year. In addition, 17.4 percent of Kentucky middle school students, or nearly 1 in 5, reported that they had seriously considered taking their own life at some point.

“The implementation of this new number comes during a time when Kentuckians are burdened with emotional strains and stressors in our communities,” said Eric Friedlander, secretary of the Cabinet for Health and Family Services. “The 988 lifeline helps us to build stronger more resilient communities, and this new number will help ensure adequate access for all to mental health care, including residents of all ages living in all communities, as well as the underserved.”

The 988 lifeline is part of a nationwide departure from the 10-digit National Suicide Prevention Lifeline, which remains available during the transition. Kentucky has worked for over a year to prepare for the launch, which was made possible by a two-year, $1.16 million grant from the U.S. Department of Health and Human Services Substance Abuse and Mental Health Services Administration, sourced from American Rescue Plan Act funding. The upcoming state budget also included $19.6 million over a two-year period to support increased capacity and infrastructure for 988, as well as to fund mobile crisis services.

Funding from Kentucky’s Mental Health Block Grant has been added to support call capacity in anticipation of call volume that is forecast to quadruple by the end of June 2023. Over the last three months, the 10-digit lifeline has received an average of 1,935 calls each month in Kentucky. Last year, Vibrant Emotional Health, the nonprofit administrator of the National Suicide Prevention Lifeline also awarded $340,000 in grant funding to assist the commonwealth with planning and logistics for the 988 transition.

State officials say the goal is to get all Kentuckians–especially youth–connected with the mental health services they need. There are 13 centers that provide primary coverage for all 120 counties and backup coverage for 80 percent of those areas.

“In Kentucky, you’re going to reach a Kentucky community health center most of the time,” said Marcie Timmerman, executive director of Mental Health America of Kentucky. “There’s no barrier for you. 988 doesn’t charge for the phone call. These are ways to help on the ground that is fairly unique to Kentucky. We have those on-the-ground services being built up so that the right person comes and intervenes when it is needed.”