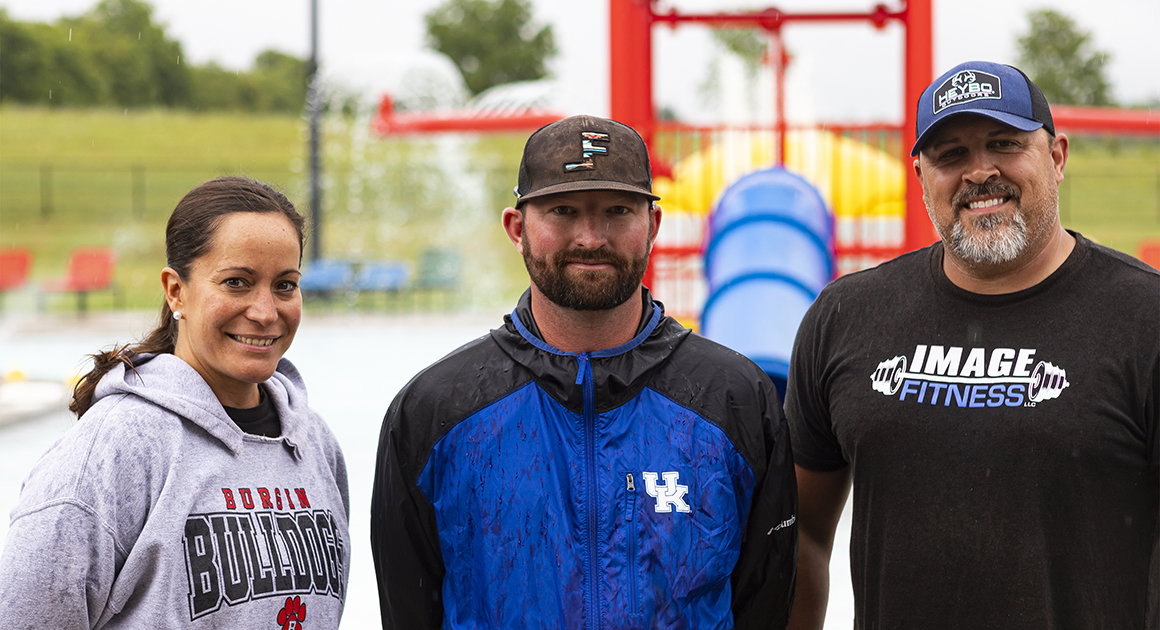 The Anderson-Dean Community Park board of directors is inviting everyone to the grand re-opening of the Aquatic Center on Friday, July 22. If everything goes well, the pool will reopen at 11 a.m., with a special Weekend @ The Pool event featuring live bands, food trucks and free admission for all guests starting at 6 p.m. on Friday and Saturday, July 23. Capacity is limited to 500 people.

The board held a special-called meeting to get a progress report from Park Manager Jeremy Turpin and Pool Manager Stephen Ransdell Jr.

The Mercer County Health Department will perform an inspection on either Wednesday or Thursday. If the inspection goes well, the board plans to operate the pool on weekends, 11 a.m. to 6 p.m. on Fridays and Saturdays and on Sundays from 1 to 6 p.m. The admission will be $5, which is down from previous years. Anyone aged two or under gets in free.

The pool will be available for parties from Wednesday through Saturdays from 6 to 9 p.m. and on Sundays from 6 to 8 p.m. Call the park office for rates.

The board said they are limited in the hours they can offer the pool because of the difficulty in finding enough lifeguards.

Even as the park announced the grand opening, work is continuing to get the pool ready. On Monday, the controller had still not been installed and the board had ordered new LED lights.

Since May, county officials have discussed reopening the pool, but something always came up.

“Everything that could have gone wrong has gone wrong,” said board member Conner Souder Monday. Souder asked if it would be better to wait to announce the reopening until after the inspection.

“There are a lot of things in the pool that have made big strides,” Turpin said. “I’ve never been this confidant.” He told the board the only thing that might stop them is if they don’t get the chemicals correct before the health department arrives.

After the board meeting, Turpin and Ransdell were asked what had taken so long in getting the pool reopened.

“I’ve spent the last two years getting this park ready,” said Turpin, who took over as park manager in September 2020. Turpin said they’ve been contending with issues with a variety of issues with the pool, some of which date back to its installation.

“We’ve had piping issues,” Turpin said, including 32 breaks to start the year. Pipes had to be replaced. All four pumps were stopped and they had to wait on replacement parts.

“Where we had the leak on all the seals last year, it caused a lot of concrete issues around the pool,” Turpin said. “We had to get nine concrete pads replaced.”

Then there were the issues they didn’t know about until the repairs started, like the check valve in the pit. Turpin and Ransdell said a screwdriver was stuck in the valve. They said it had been there for at least five years

“The shutoff was all the way in the bottom of the pit,” Turpin said. “You had to drain the pool.”

“That set us back one week,” said Ransdell, who took over maintenance on the pool in May. “It all adds up.”

“We’ve had electrical issues, You name it, it’s went wrong,” Turpin said. “Every time we took three steps forward, we ended up having to take four steps back.”

Ransdell said some repairs will need to be made in the fall.

There has been a fair amount of finger pointing over the issues at the park this summer, but Anderson-Dean, which is supported by the Mercer County Fiscal Court and the Harrodsburg-Mercer County Tourist Commission, has never made money. On days where there is no Little League and the pool is closed the park is basically empty.

“We are going to be profitable in the future,” said Turpin, who said the numbers for both baseball and softball are up.

In addition, the City of Harrodsburg has annexed the park, and the tourist commission has plans to hold events at the park—including live concerts—in the future.

That said, park officials want to assure the public the pool is safe and they are working hard to get it ready for the grand reopening.

“I want to dot all our i’s and cross all of our t’s and make sure it’s right,” Turpin said.