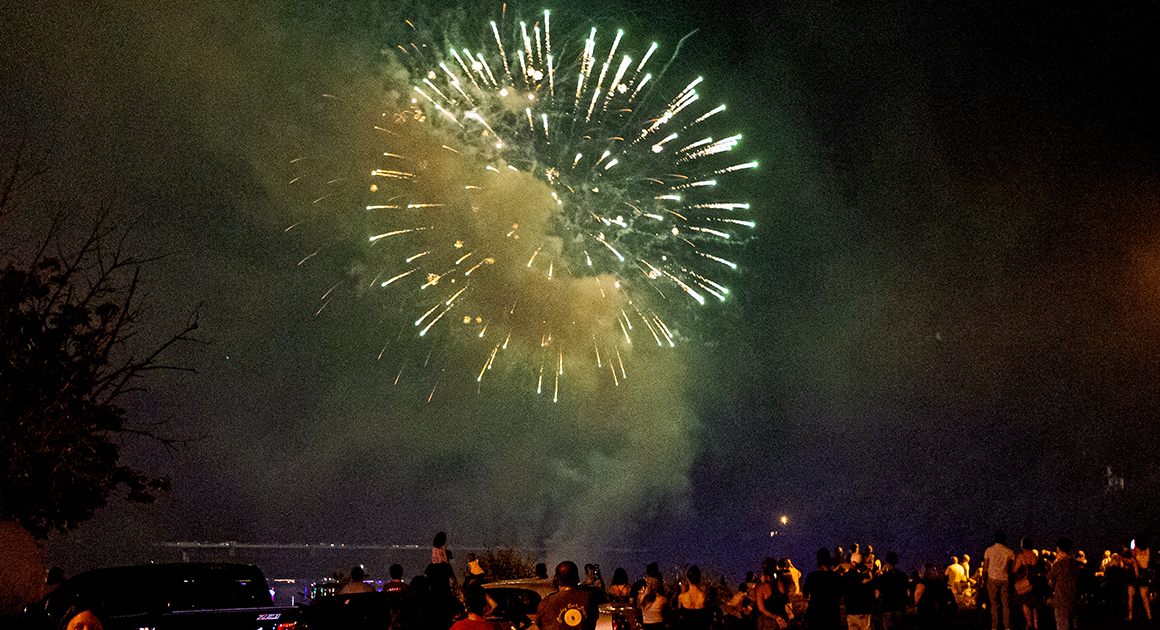 The Harrodsburg Herald/Robert Moore
Crowds all over Mercer County lined up for fireworks shows like this one at Herrington Lake last week. But some residents are complaining about impromptu fireworks shows long past Independence Day.

Especially when they care for animals who don’t particularly care for explosions.

“We love Kentucky. We love Mercer County,” said William Marshall, who, with his wife, moved to Kentucky from Maryland. Around 11:30 p.m. this past Saturday, the couple said they were awakened by fireworks just a couple of hundred feet from their home.

“We own horses,” Marshall said. “Fourth of July is fine. We know it’s coming. We can do things to mitigate so the horses don’t lose their mind. But unfortunately, there are other days.”

Marshall said several of his neighbors are elderly while others have infant children. All of them were rocked out of bed by the unannounced bombardment.

“This was more than just a disturbing of the peace,” Marshall said. “It was an assault on the peace.”

The homeowner complained it took half an hour for a deputy to arrive, who said there was nothing the sheriff’s office could do under current county ordinances. However, there is no county ordinance that covers fireworks. There is a noise ordinance, but it’s vague, Sheriff Ernie Kelty said, and it was written before the commonwealth legalized fireworks.

“I find that outstanding,” Marshall said. He said their horses had injured themselves trying to escape during a previous time.

“I’m here to ask you folks to craft an ordinance that limits the time when these fireworks can be set off,” Marshall said. He said he would prefer after 11 p.m., especially around horses.

Magistrate Dennis Holiday, who said he owned dogs, agreed. “You used to have to go out of the state to buy that stuff,” said Holiday, who lives in town. “Now you can buy it here.”

“The highest chance of rain over the next week is 40 percent,” Maxfield said. “There is no sense in taking the ban off and putting it back on in a couple of days.”

Mercer Judge-Executive Scott Moseley said the fiscal court would work with county attorney to draft a new ordinance on fireworks.