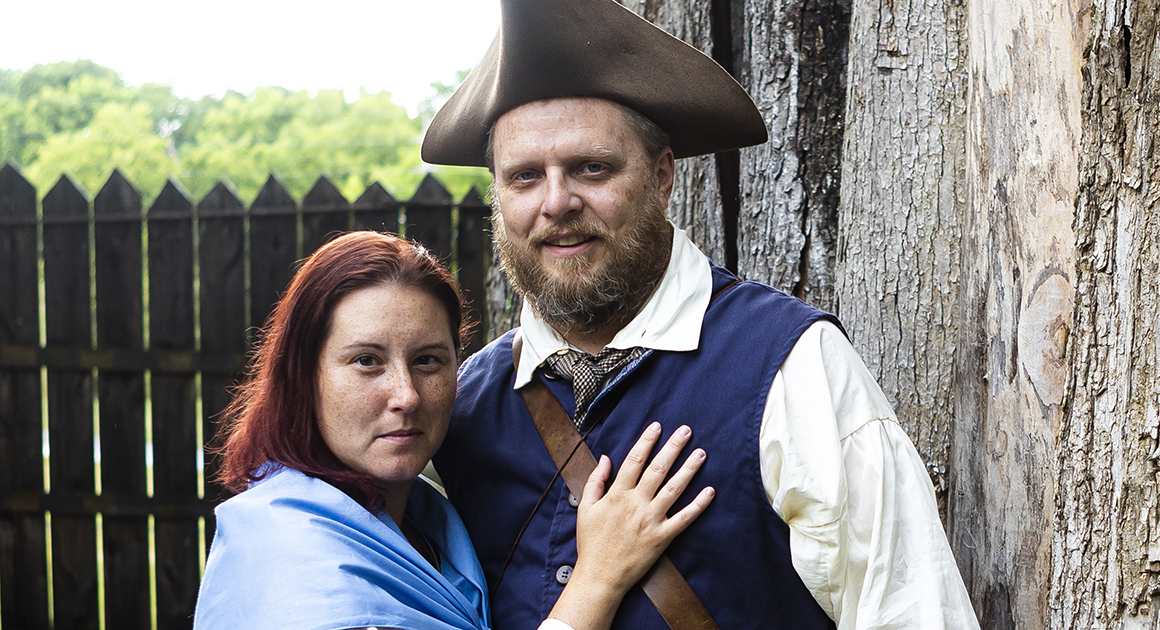 The Harrodsburg Herald/Robert Moore
Sarah and Eric Forman play Ann McDonald and James Harrod, the founders of the settlement that is today known as Harrodsburg. Both have participated in numerous roles in the live outdoor drama since it premiered back in 2012, but this is the couple’s first time in the lead roles.

The producers are promising new scenes including a battle in the first act, but the biggest difference may be who’s playing James Harrod and his wife, Ann McDonald. Their marriage is one of the show’s early highlights and their commitment—to each other and to the settlement—drives the play to its climax. And for the first time, Harrodsburg’s original power couple is being played by an actual couple, Eric and Sarah Forman.

The Formans have played various roles in the drama over the years, both on stage and behind the scenes. Most recently, Eric played George Rogers Clark.

“I am very excited to get back on stage and share the story of Kentucky with everyone,” Eric Forman said.

The play centers on the founding of Fort Harrod and the settlers’ struggle for survival against Native Americans, rival claimants and each other. The play has also struggled for survival over the years. While the history of outdoor drama goes back decades in Harrodsburg, “James Harrod: The Battle For Kentucky” was first produced in 2012. In 2018, production was suspended after the state shut down the James Harrod Conference Center due to mold. Production resumed in 2019, but was canceled in 2020 and 2021 because of the COVID-19 pandemic.

“After two years of being cooped up with COVID, I think everyone is ready for some excitement at the amphitheater,” Eric Forman said. 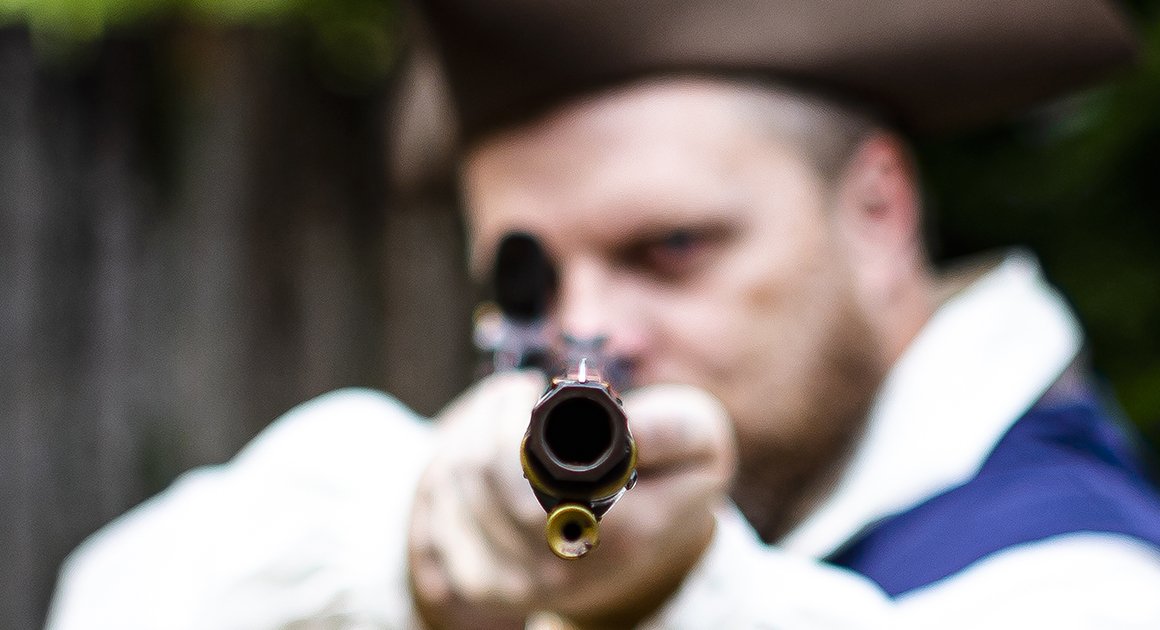 The Harrodsburg Herald/Robert Moore
History at the end of a barrel. Eric Forman, who plays Harrodsburg’s founder, James Harrod, is aiming at putting on a great show.

Sarah Forman said she is glad to be a part of the production again. It’s a big show with more than two dozen people in the cast and crew. It takes a lot of effort to put the show together.

“We have a cast of veterans and newcomers that have worked extremely hard this summer to bring you a new and exciting show,” Sarah Forman said. “I am so proud of everyone that has come together to bring you the ninth season of “James Harrod: The Battle for Kentucky.””

The couple say they can’t wait for everyone to come out and see what all the excitement’s about.

“Please come out and see the show and bring your whole family,” the Formans said.

“James Harrod: The Battle for Kentucky” runs for two weekends, Thursday through Saturday, July 21 to July 30 at the James Harrod Amphitheater. Performances start at 8 p.m. 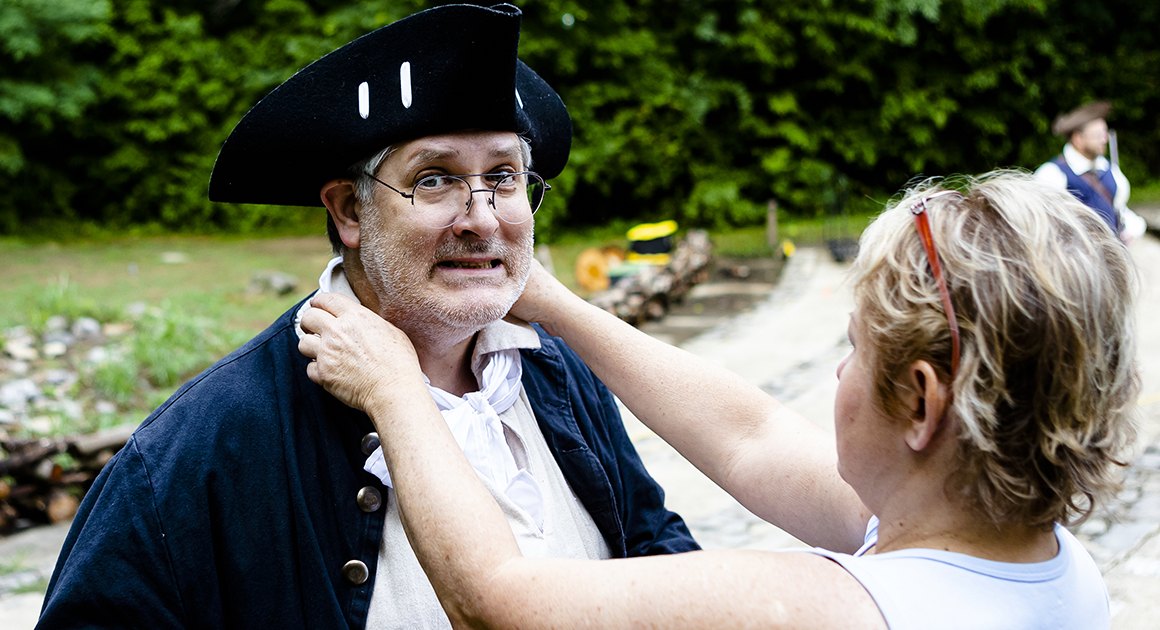 The Harrodsburg Herald/Robert Moore
Michael Coleman, who is appearing in “James Harrod: The Battle For Kentucky,” gets some help with his outfit from Jill Cutler at the rehearsal on Saturday.

That’s hardly the only thing the park has planned. Here are some other upcoming events:

• Haunted Frontier. A haunted experience 247 years in the making. Make your way through the dark woods in the haunted amphitheater near the oldest cemetery in Kentucky. The Haunted Frontier happens Thursday, Oct. 27, 7–10 p.m.