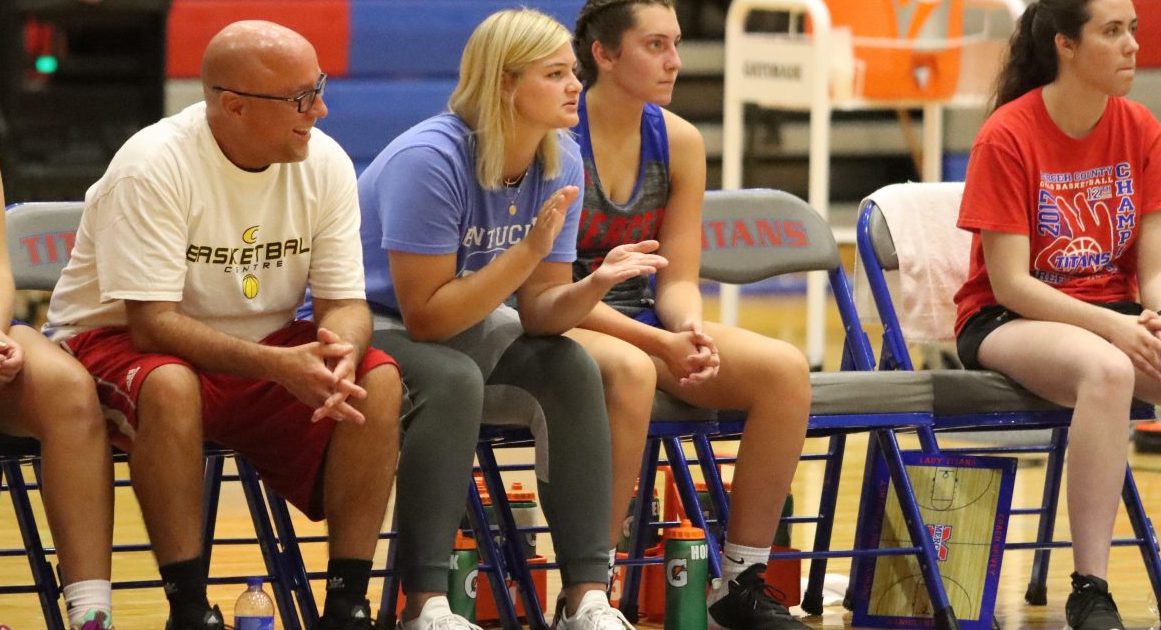 Emma Davis returns to Titan Basketball as an assistant coach for the varsity team and will oversee the freshman and seventh grade teams. Who’s better to bring a winning mindset than a two-time state champion?

Davis’ time at Mercer was one for the record books and was a key part of the best girls team to ever wear the red and blue. The class of Davis, Emma Souder, Seygan Robins and Faith and Lexy Lake helped bring two titles home in their four runs at state under Head Coach Chris Souder.

Her many accolades in high school include playing six seasons for the Titans starting in the seventh grade and winning six district titles, four region championships and back-to-back state championships.  With an overall record of 180-28 as a Titan, she knows winning basketball.

The 5’10 forward finished her high school career with 1,269 points, 603 rebounds, 229 steals, and 139 assists. She also scored a game high 17 points on 5/6 shooting in the state championship game against Mercy High School in 2018 to secure the title. On a team with four other division one college players Davis proved to be valuable on and off the court.

Coming out of high school she took her talents to the University of Tennessee at Martin (UTM). Emma chose the Skyhawks because of the small town feel and tight knit community they offer in Martin, Tenn. In her first season, she appeared in 27 games for the Skyhawks and totaled 79 points, 29 rebounds, seven assists, nine steals and two blocks while shooting 38.6 percent from behind the arc. The team as a whole went 23-9 and made it to the Ohio Valley Conference  (OVC) Championship game.

In Davis’ sophomore campaign she tallied 24 points, 16 rebounds, five assists and 13 steals. She appeared in 27 games for she Skyhawks who went 22-10 and again made it to the OVC championship game. Going into her junior year Emma tore her ACL and missed the whole season, but the team wasn’t able to play all of their games due to COVID.

Davis returned to the court for her senior season and was joined by an old teammate with Seygan Robins coming over from Louisville in 2020. She played in 25 games including four starts and notched 29 points, 30 rebounds, nine assists, three steals and three blocks.