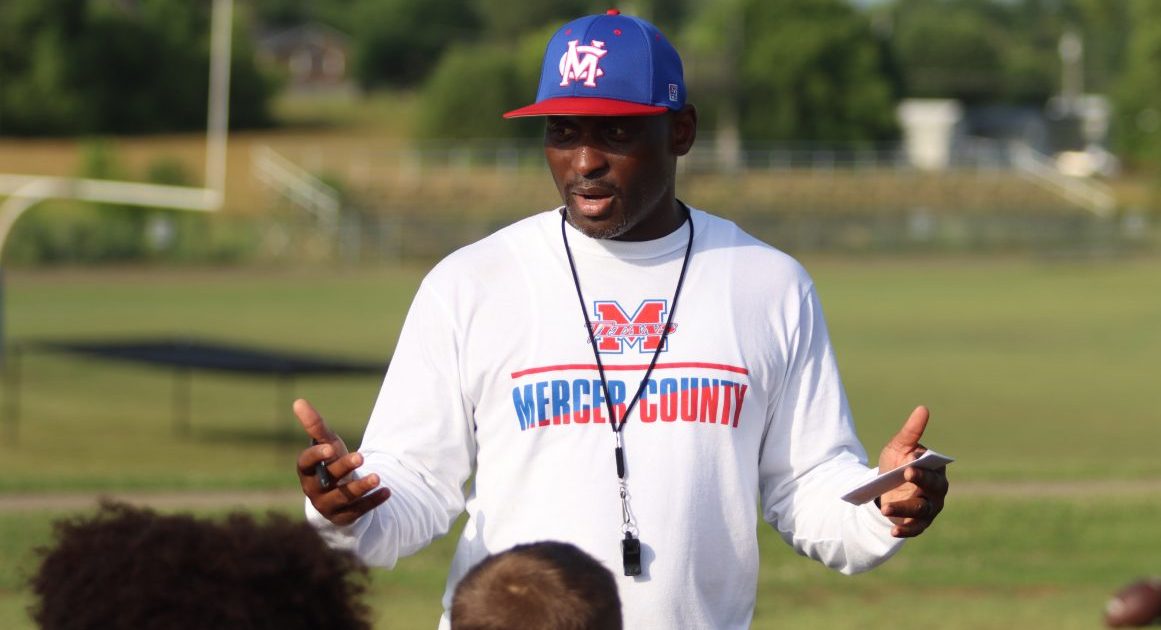 The Harrodsburg Herald/David Carpenter
Titans Football Head Coach Craig Yeast addresses the team after their final practice in June. Mercer looks to improve over July as they prepare to kick off the 2022 season against Tates Creek on Saturday, Aug. 20, at Alvis Johnson Field.

As the Mercer County Titans look to dive into their summer practice schedule, Craig Yeast took time to reflect on his first four months at the helm of the program and what he hopes to see from his squad as we head towards kick off.

Since he started in March, Yeast has looked to raise the standard of not only Mercer County football, but of the school as a whole. His team comes off a year that graduated 18 seniors. A young team was expected by Yeast upon his arrival, but the buy-in he has seen from his youngest players has been one of the biggest areas of growth for the team.

“[The young men] are showing up and working hard. In that process from March to now they have had an opportunity to grow and get better,” Yeast said of his team. “We still have a little ways to go in a lot of ways to go because of our youth.”

Coach Yeast has relentlessly preached the importance of hard work. This work ethic is what he believes will drive the Titans to not only win games in the short term, but propel them into championship contention in the future.

Yeast didn’t find any unwelcome surprises after taking over the program in March. He, along with his staff, have focused much of their attention on not only further developing the varsity, but growing and developing Mercer’s feeder programs.

“We’ve been working really hard to get the little league program on the same page with the high school program,” Yeast stated, “I feel that there has been a little bit of a disconnect between the three levels and in order to be successful we need to have a plan of action for the future.”

You don’t have to talk to Coach Yeast for long to sense the importance of family. Coming home will always present its own set of challenges, but Yeast sees this challenge as an opportunity to re-engage with the community.

“I feel that the program has the support of our community,” Yeast said, before joking, “I haven’t coached a game yet, so that could all change.”