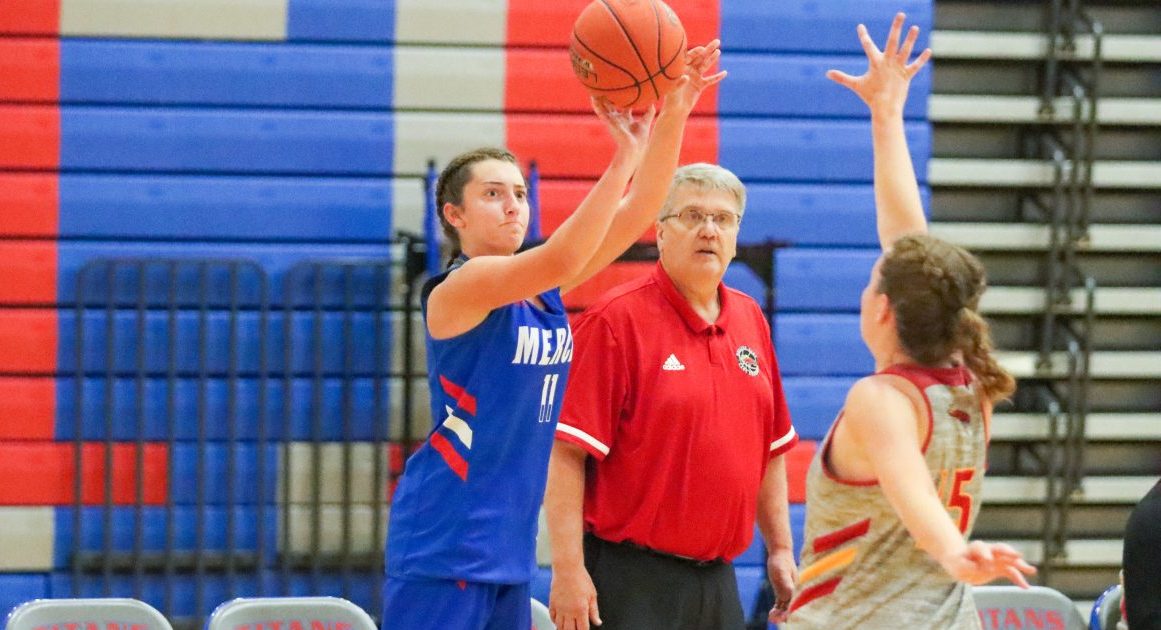 The Harrodsburg Herald/David Carpenter
Mercer senior Hope Lanham got off to a good start, hitting two early threes for the Titans in their victory over state runners up Bullitt East on Monday, June 20.

The Mercer County Titans girls basketball team defeated the Bullitt East Chargers, 49-32, Monday, June 21. The summer ball game was a good test against a team who went 33-5 and to the state Championship last season. They also beat the Titans 69-50 in the 2021 regular season. The Chargers look a lot different this year after their best two players graduated. The Titans still performed well and controlled the game the whole time even without two of their starters.

Timberlynn Yeast as per usual started the scoring with a drive to the paint and was fouled on a lay up to put Mercer up 3-0. A steal by Hope Lanham led to Anna Kate Drakeford finishing at the rim in transition  to take an early five point lead, 5-0. Bullitt East quickly got back in the game by hitting two three’s in a row to take the lead, 5-6. The teams went back and forth from range with Lanham and the Chargers both connecting, 8-9.

Lanham hit another 3-pointer with an assist from Drakeford to put the Titans in front, 11-9. The Titans controlled the pace of the game to go on a run with Drakeford, Yeast and Lanham all scoring at the rim in transition, 17-9. The chargers found two points at the free throw line, but Drakeford answered quickly with a great cut and pass from Yeast for a reverse layup, 19-11.