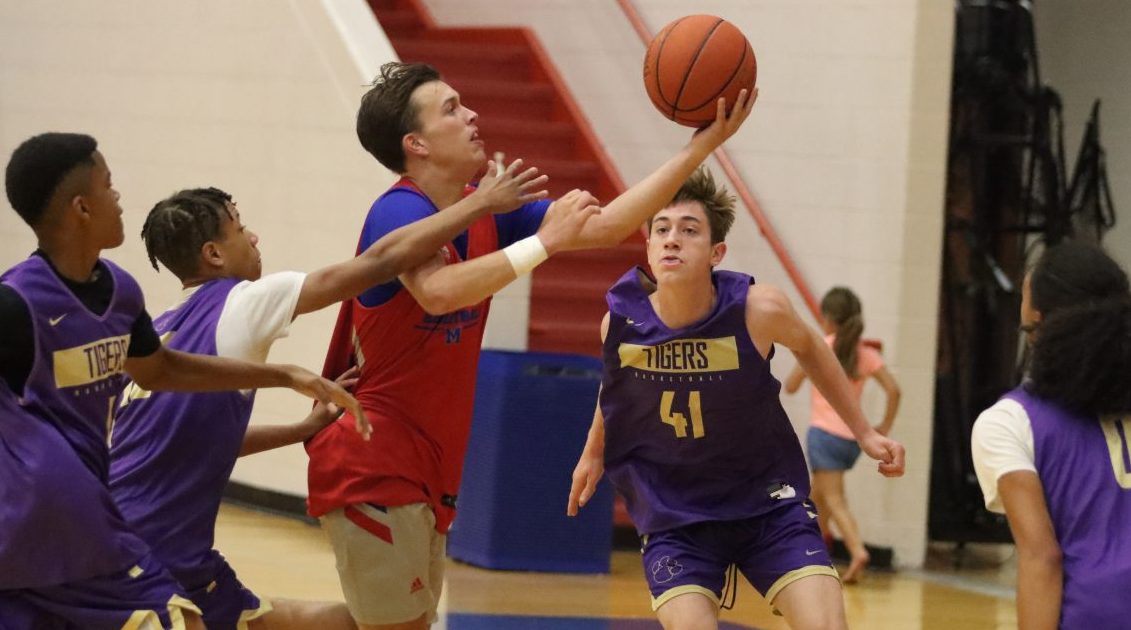 The Harrodsburg Herald/Wesley Bird
Sophomore Jordan Axsom led the way for the Titans with a 20 point game off the bench to beat the Bardstown Tigers, 70-52, in Mercer’s final summer ball game on Friday, June 17.

The Titans have played 15 games since June 6 and have boasted an impressive record of 13-2 with their only losses coming from Boyle and Owen County. Mercer’s wins include 12th Region opponents they could face in the upcoming season like Boyle, Rockcastle, Garrard, Casey, Danville and Burgin.

Bardstown started the game with a two mid-range baskets, but John Lincoln Perry evened the score with a floater and jumper in the paint, 4-4. After a fast break layup from the Tigers, Donavan Wright hit back-to-back 3-pointers for Mercer to take the lead, 10-6. Senior Wade Lane made another outside shot for the Titans, but Bardstown went on a eight point run to recapture the lead, 13-14

Perry had the Titans next five points with good cuts to the basket and a free throw, 27-16. Mercer spread the wealth when Ellis had his turn with the ball and making two free throws and Axsom found him for a nice dunk to extend the Titan lead to 15 points, 31-16. Bardstown chipped away at the lead with a layup and 3-pointer, 31-21. The first half ended with the Tigers scoring two layups and Lane sinking two more 3-pointers for Mercer to lead, 37-25.