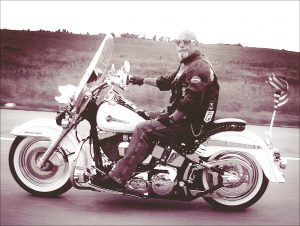 Randy Allen Baughman, 71, of Harrodsburg, husband of Lisa Ponder Baughman, died Sunday, June 12, 2022, at his home. Born Feb. 20, 1951, in Dover, Ohio, he was the son of the late Robert Dale Baughman and the late Evelyn (Graham) Kalbach. He was retired US Army veteran, a retired maintenance manager of Bay West and was a member of the Manchester Christian Church. Survivors, in addition to his wife, include: one daughter, April (Don) Greene of SC; two sons, Paul (Debbie) Baughman of Lincoln County and Adam (Kisha) Atwood of Casey County; three sisters, Linda (Larry) Etheridge of Atlanta, Georgia, Darlene Bitecofer of Manchester, Ohio and Jinger (Mark) Hoffman of Manchester, Ohio and five grandchildren. He was preceded in death by his first wife, Evelyn Steele Baughman, one grandson, Alex Baughman and one great-granddaughter, Ariella Bottom.