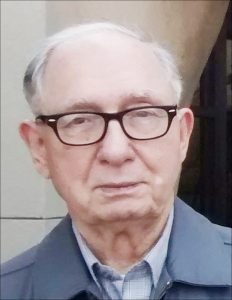 James Willis Wilson, 92, died Wednesday, June 8, 2022, at the St. Joseph Hospital. Born July 29, 1929, in Grayson County, he was the son of the late Wayne and Jewel (Wilkerson) Wilson. He was a US Navy and US Air Force veteran and was retired from the US Government Geological Survey. Survivors include: one sister, Maxine Tucker of Grand Junction, Colorado; one brother, Harry Wilson of Raymore, Missouri and several nieces and nephews. He was preceded in death by three brothers, Eugene, Bob, and David Wilson and one sister, Virginia Wilson.