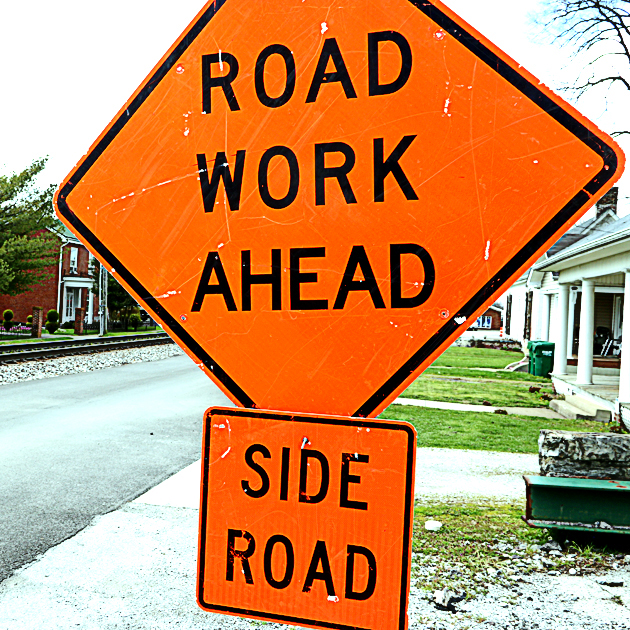 The Mercer County Fiscal Court has voted to continue with repairs on Horn Road, even after the county’s share of costs has gone up.

County officials say another 26 feet of the road has washed out since the project was first bid out. Now over 80 feet have to be replaced, which has raised the total cost from $53,900 to $79,852. The state was originally set to pay 80 percent of the cost, but that was under the original bid and the state’s funding has dried up because it’s nearly the end of the fiscal year. Mercer County is on the hook for as much as $36,000 because the parameters changed after bidding began.

At the fiscal court’s regular meeting on Tuesday, June 14, Judge-Executive Scott Moseley said the county has no choice but to proceed. The repair crew has been on site since Friday and are waiting on word from the county.

“The only thing to do is fix it,” Moseley said. “It needs to be fixed.”

The possibility of rebidding the project was rejected because of the time considerations. Moseley asked to approve going ahead with repairs pending a legal opinion from County Attorney Ted Dean.

“We’ve got to fix it,” said Magistrate Tim Darland. “I just want to make sure we don’t get in trouble with the state.”

On other issues, the fiscal court elected to hold off until they learned more. Magistrates tabled making a decision on expanding internet service until they had spoken with All Points Broadband and AT&T, who both bid on increasing broadband service across Mercer County.

Representatives from both companies are supposed to attend the next regular meeting on Tuesday, June 28.

The fiscal court also tabled making any decision on renewing the county’s waste disposal contract with Rumpke until they had reviewed their options.

On Tuesday, a representative from Rumpke presented the fiscal court with three options. All options would increase the prices paid by residential customers. While the magistrates took no action, they expressed dislike for one option which would charged residential and commercial customers a fluctuating monthly fuel surcharge.

“Some people, that’s going to flip them out,” said Magistrate Tim Darland. “That won’t fly.”

Rumpke, like most other companies, is being hit by escalating fuel and labor costs, said Frances Richie, a municipal and public sector specialist with Rumpke.

One of the options Richie presented to the magistrates could raise the county’s expenses at the convenience center by as much as 11 percent. However, Judge Moseley said he had spoken with local companies about possible ways of lowering the county’s costs.

The magistrates were reluctant to make a decision before reviewing all the information. The contract expires July 1.

“We’re not going to pull out of Mercer County,” Richie said. “We’ll continue serving Mercer County until you make a decision.”