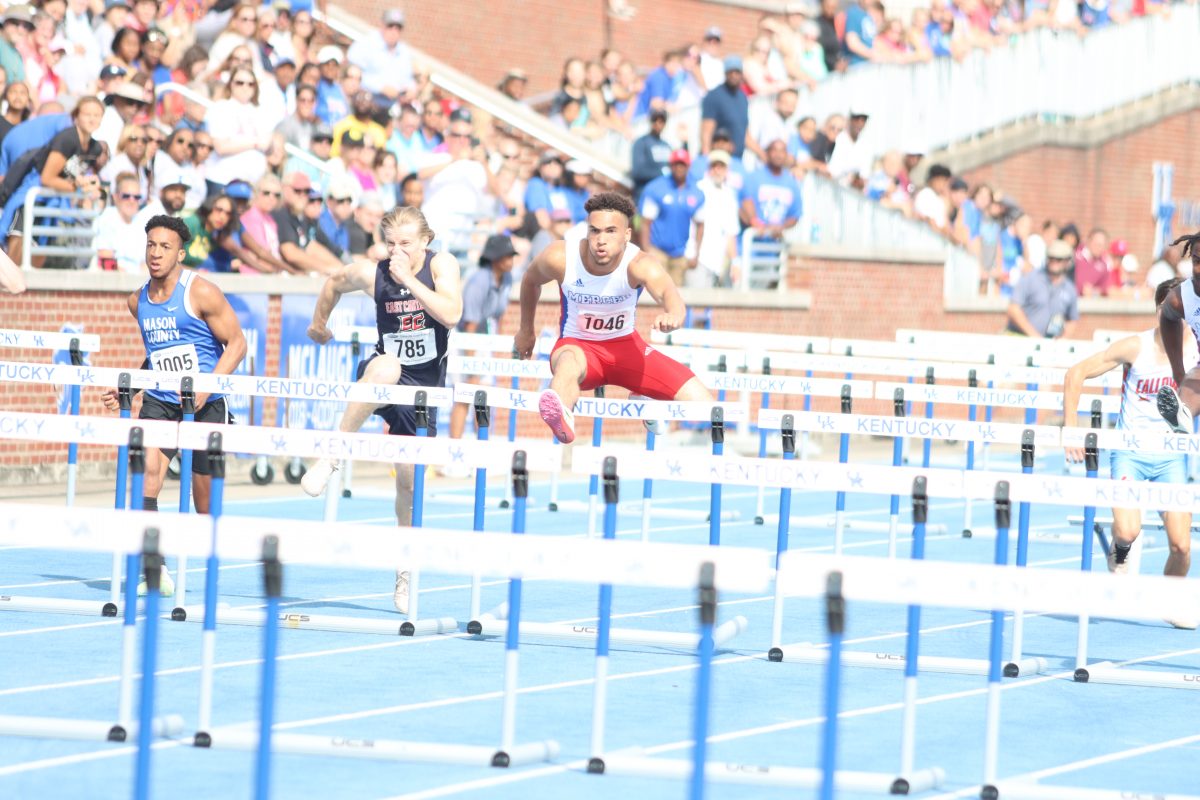 The Harrodsburg Herald/Wesley Bird Senior Jalen Lukitsch finished first in the 100 meter hurdles at the KHSAA Class 2A State Championship on Friday, June 3.

The Mercer County Titans boys track and field team won their fourth KHSAA Class 2A State Championship Friday, June 3, 2022. The boys defended their title winning the day with 94 points, Highlands placed second with 70 and North Oldham took third place with 62. The Titans won six events and scored in a total of 14 events. This marks the fourth state championship for the boys in the last seven years with titles in 2016, 2017, 2021 and now 2022.

Head Coach Terry Yeast and his staff continue to prove their team and kids are on a different level.

“We knew the boys would have depth because we had so many returning from a strong 2021 team,” said Yeast.  “They [the team] worked hard to be dominant this year. We were thankful to be healthy going into regionals.”

Yeast credited his team’s impact on the track in part to strength and conditioning Coach Jeremy Carlson for their continued improvement.

Jalen Lukitsch individually or as part of a relay contributed to the scoring of 38 points. He won both boys hurdle events and was a key member on the 4×100 and 4×200 that took first and second place. Junior Beau Brown had himself a day with a first place in the 200 meter dash and looked liked he edged out the win in the 100 meter, but after a long review they gave him second place by four thousandths of a second. 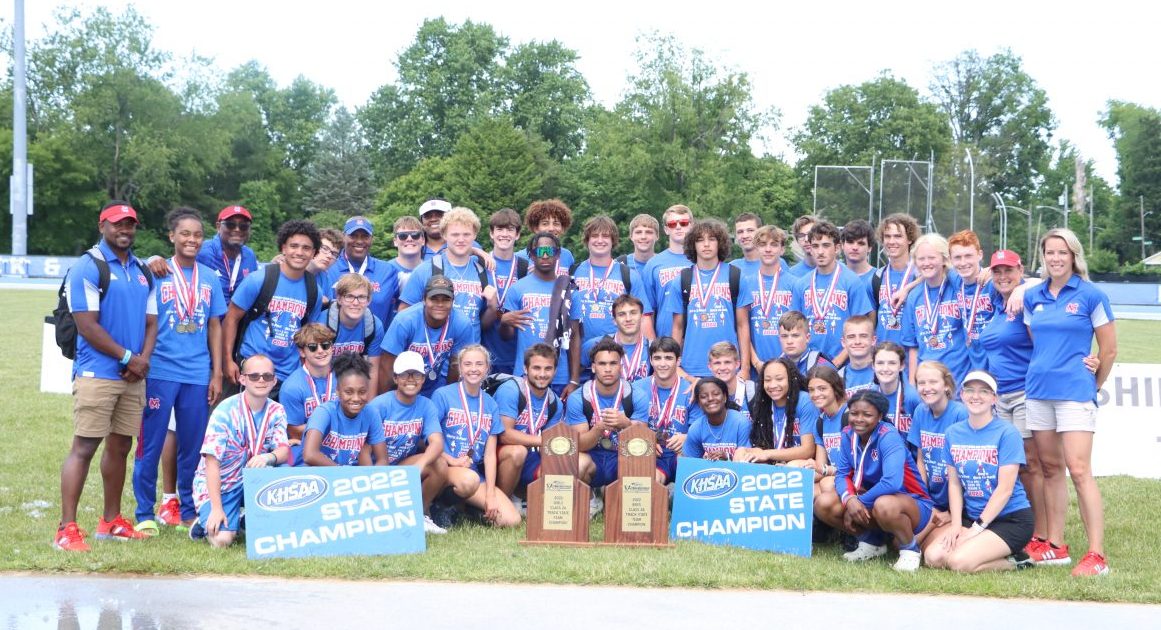 The Harrodsburg Herald/Wesley Bird
The Mercer County Boys Track Team posed for a photo with their championship trophy. The Titans repeated as state champions last week, winning their fourth trophy in seven years.

Senior Matthew Mays won the gold medal in triple jump while also placing in long jump and was on the 4×200 that placed second place. Riley Peavler was a member of three of Mercer’s relay teams who combined to score 19 points. Thaddeus Mays brought in 13 points across his three events of triple jump, pole vault and 110 meter hurdles. Lleyton Penn collected 10 points for the Titans for his state championship win in the shot put.

The majority of Mercer points came from the track events scoring 65 points. The Titans scored 10 points in the throwing events and 19 points from the jumping events.

Mercer led the majority of the day and locked in the title well before the events were over with a dominant win to add their dynasty track record.

About his staff, Yeast said, “We truly have the best coaching staff in the state and around the country! They work their tails off to grow in their specialty areas to make our kids better each day.”

Commitment is a key element to the Titans dominance. Yeast noted the commitment of coaches, athletes and parents alike.

Pettit and O’dell took fourth place in the mixed 2×50 meter relay and Tytus Weldon teamed up with Pettit to place third in the mixed 2×200 meter relay. Willie finished seventh in shot put with a throw of 55-2.5 with help from Landon Yates. The unified got their gold medal of the day with their 4×100 relay team of Davis, Bradley, Pettit and O’dell.