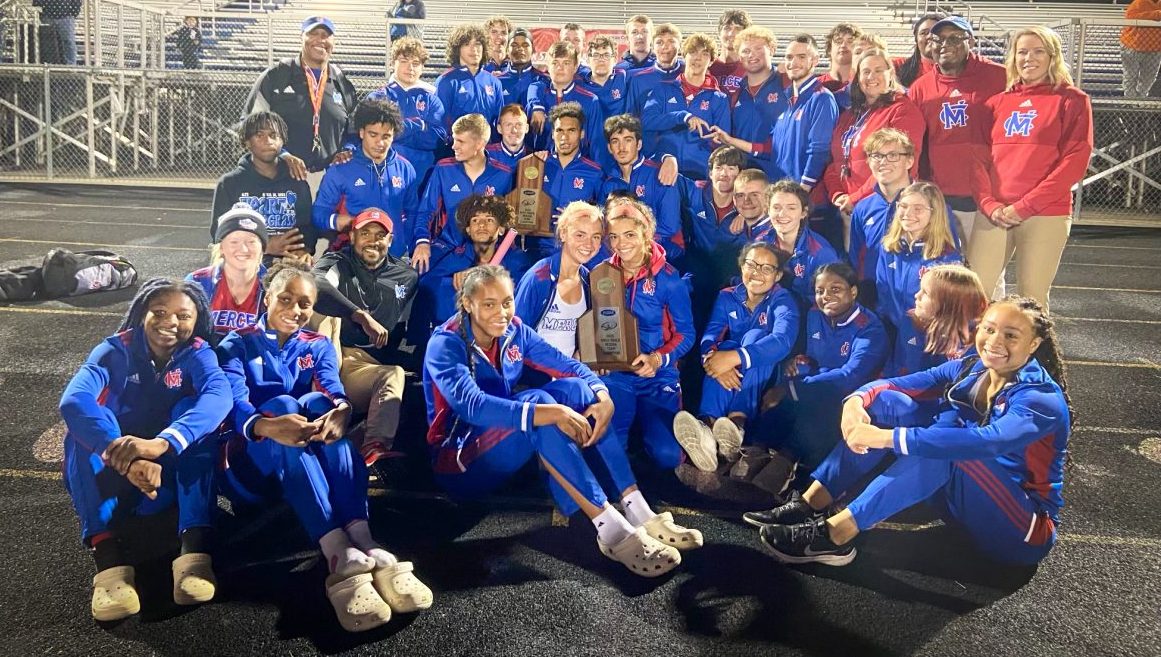 The Harrodsburg Herald/Wesley Bird
After winning regionals, the Mercer track team is heading back to state hoping to add another championship to go along with their four they have won over the last six years.

The Mercer County track and field team continued their domination with wins for both the boys and girls teams at the 2A Regional five track meet Monday, May 23. The Titans hosted this years meet and added to their trophy collection beating out 14 other schools. The boys team finished with 146 points beating out Corbin’s 99 points followed by Casey County with 69 points. The Mercer girls team collected 132 points to win the meet with Rockcastle placing second with 85 points and Corbin taking third behind a 63 point outing.

The boys team win was powered by nine first place finishes along with four second place finishes and a third. Jalen Lukitsch took gold in both hurdle events along with a first and second in his two relay events to end the day with 38 points. Matthew Mays won both the triple and long jump for the Titans. Lleyton Penn earned points from a first place in shot put along with a third place finish in discus. Beau Brown continued his great track season with wins in the 100 and 200 meter dashes for 20 points.

The Titan girls team had eight fist places, three second places and three third places to help secure the championship. Jai Marie Piazza earned 36 including wins in both hurdle events. Timberlynn Yeast swept the board with wins in all three dash events along with a first place finish in the 4×400 relay for a 40 point evening. Lindsay Jessie finished second in both throwing events for the Titans.

Mercer heads back to state with sights set on another championship or two to go along with their four they have from the past six years.