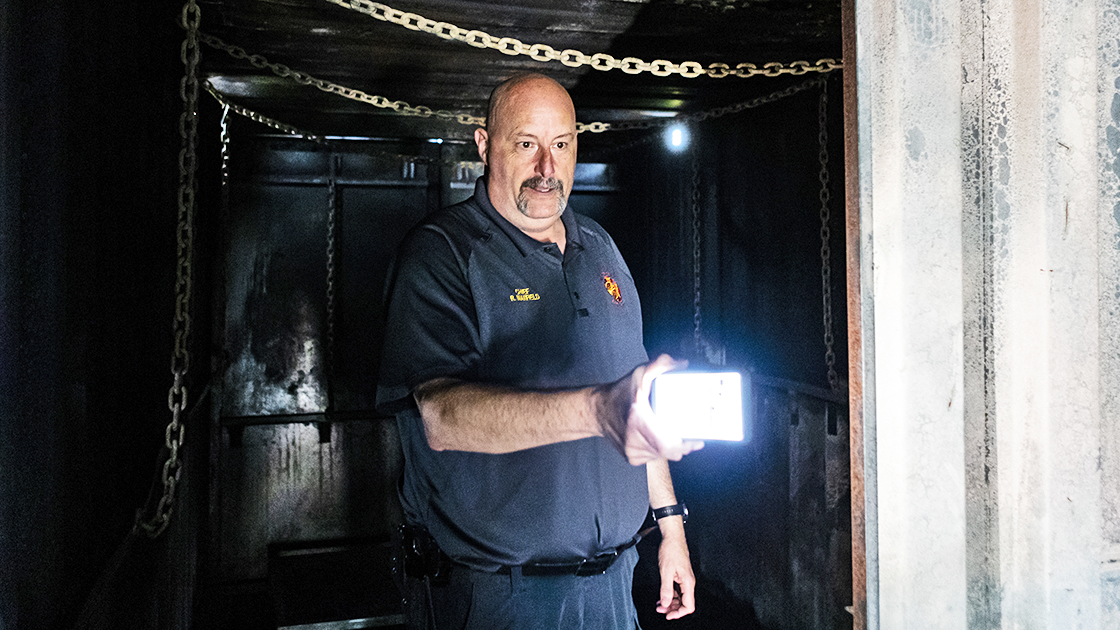 The Harrodsburg Herald/Robert Moore
Chief Ric Maxfield of the Mercer County Fire Protection District inspects the county’s new T-box training facility after its first controlled burn. Once it’s operational, Mercer will be one of the few counties in the state which can offer both live fire drills as well as rescue drills.

The Mercer County Fire Protection District is building a training facility at Station 12 in McAfee. They are putting the finishing touches on a T-box training facility next to the three story tower that’s already there.

The new facility will allow the district to conduct various types of training at the same time. On one side they can conduct fire suppression training, teaching firefighters who to put down a fire, and on the other side they can run search and rescue drills.

“It will afford us the ability to train under live fire,” said Ric Maxfield, chief of the fire protection district.

He said they are one of the few departments in the state with multiple facilities that can handle multiple training evolutions simultaneously.

When the facility is finally operational it will improve by “leaps and bounds” training for county firefighters.

“We wouldn’t be able to do it without the deputy chiefs, with major help from our firefighters,” Maxfield said.

The chief said they hope to begin using the facility within the next few weeks.

“Each compartment is different,” Maxfield said “We need to be sure we understand what it’s going to do before we do a live fire drill.”

Several of the districts train on the first and third Tuesdays of the month at the training center.

Maxfield said they’ve had difficulty recently acquiring houses they could use for live fire drills. He said two houses couldn’t be used for live drills after it was determined they contained asbestos.