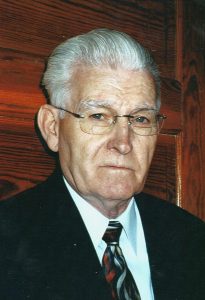 Mr. Harris is survived by his wife of 53 years, Betty Snowden Harris; step children, Lois Kline and Steven DeVary (all of Winchester); brother, Roland (Harrodsburg); sister, Virginia, great-grandchildren, Addyson and Dylahn Curd with mother Linda Curd (all of Southern, Michigan); numerous nieces and nephews across the country and sisters-in-law, Judy and Gloria (Harrodsburg). “Joe” as he was known, and Betty met working at Corning Glass Works.  Their life together led them from Harrodsburg to Williamson, West Virginia; Vero Beach, Florida; Abbington, Virginia and Pikeville, over the years, before retiring from the coal industry to Winchester. Joe became a familiar face, serving as bailiff for the Clark Court System, for many years later, as his health allowed. Joe was an avid fisherman, professional sports fan, and accomplished handyman.  He never “shyed away” from sharing his opinion.
A private interment service will be held in Winchester Cemetery. To sign the online guestbook visit www.ScobeeFuneralHome.com. Memorial donations may be made to Foster Care Services.
Paid Obit
Posted in Obituaries