The best for last

Burgin Softball gets the win on senior night 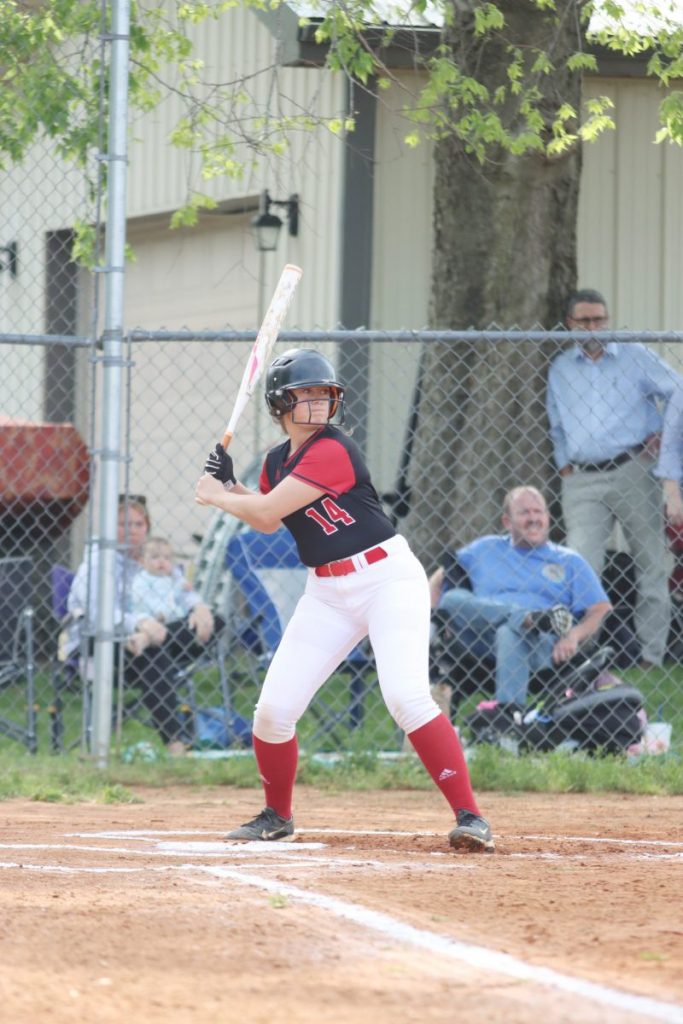 The Harrodsburg Herald/Wesley Bird Senior Grace Cocanougher waits for the pitch on her two run night against L.I.G.H.T. to help the Bulldogs win 14-11 Wednesday, May 5.

The Burgin Bulldogs softball team celebrated their two seniors, Grace Cocanougher and Peighten Sebastian, with a, 14-11, win over the L.I.G.H.T. Eagles Thursday, May 5.

Both seniors have been with the program since middle school and

Sexton started the second inning with a walk and strikeout. The Eagles hit a grounder and another batter was walked to load the bases for L.I.G.H.T. A deep shot to center field brought in three runners to give the Eagles the lead, 1-3. The bulldogs let up one more run before Henson threw out a runner at first to get the third out, 1-4. Renner started at bat in the bottom of the second inning and hit a bomb to center field that got her to third base. Hannah Sewell brought in Renner with a pop fly to right field for the score, 2-4. Ashton Lester hit a dribbler and reached  first base followed by Sexton getting walked to load the bases for the Bulldogs. Burgin racked up two quick runs with Renner scoring on a dropped pitch and Jenkins hitting a ground ball that brought home Sewell to tie the game, 4-4. The Bulldogs kept up the hot bats with Cocanougher hitting a pop fly to score Sexton and Jenkins scoring on a wild pitch as the Eagles continued to struggle, 6-4. Burgin’s last two runs of the second inning came from  hits from Henson and Sebastian that allowed Cocanougher and Henson to score, 8-4. Burgin’s huge seven run inning came to an end with Renner striking out and Sewell grounding out.