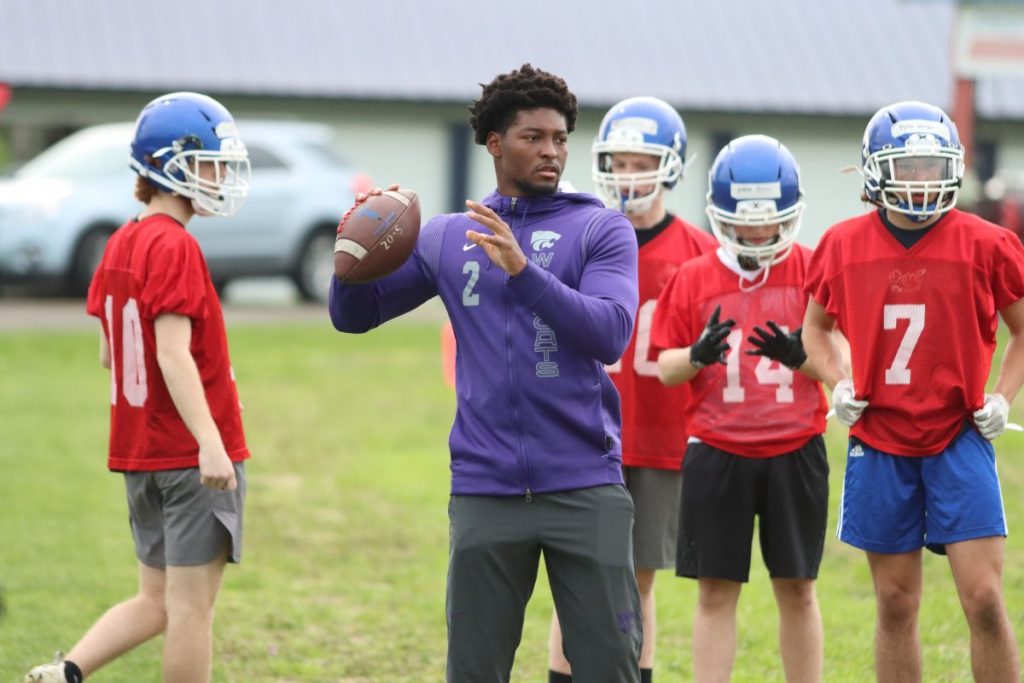 This weekend was a momentous occasion for many young men hoping to make their dreams of being a professional football player come true. For Mercer County Titan Football Head Coach Craig Yeast’s son Russ, it was a day that he will, no doubt, never forget. Yeast was selected by the Super Bowl Champion Los Angeles Rams in the 7th round of the NFL Draft being the 253rd overall pick.

Russ Yeast worked hard to hear his name called at the NFL Draft. Yeast was a highly touted recruit in the state of Indiana. While at Center Grove High School he was named Indiana Player of the Year and Gatorade Player of The Year for Indiana. Yeast would begin his collegiate career at Louisville where he would be honored as an ACC All-Academic Team member before transferring to play four seasons for the Kansas State Wildcats.

In his senior year at Kansas State, Yeast was selected to the All-Big 12 First Team and led the conference with 13 pass break ups. Yeast was also second in the Big 12 Conference with 12 interceptions in 2021. As he heads to the home of the stars in L.A., he’ll also get a chance to play and learn alongside pro bowlers and future hall of famers including Aaron Darnold, Jalen Ramsey, Bobby Wagner, Matthew Stafford and Cooper Kupp. The current reigning champs enter the 2022 season with the third highest odds to win the Lombardi trophy.

For Yeast, a constant for his career is being compared to his father, Mercer County Titan High School Football Coach Craig Yeast, and while their playing careers may have taken different paths there are similarities.

“I’ve learned a lot from him on the football field, but most importantly off the field,” Yeast said.