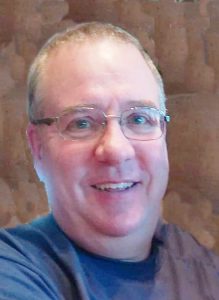 John Hagman, 56, husband of Janice Sexton Hagman, died Saturday, April 23, 2022, at the Sarasota Memorial Hospital in Sarasota, Florida. Born Nov. 6, 1965, in Owensboro, he was the son of Daniel and Shirley (Kurz) Hagman, of Hawesville. He was a FC Associate for Amazon and a Catholic. Survivors, in addition to his wife and parents, include: one son, Nicholas Hagman of Amelia, Ohio; one daughter, Jaclyn (Michael) Bryant; one brother, Harold (Sherry) Hagman of Hawesville; two sisters, Elizabeth and Rachael Hagman, both of Indiana; one grandchild and several nieces and nephews.