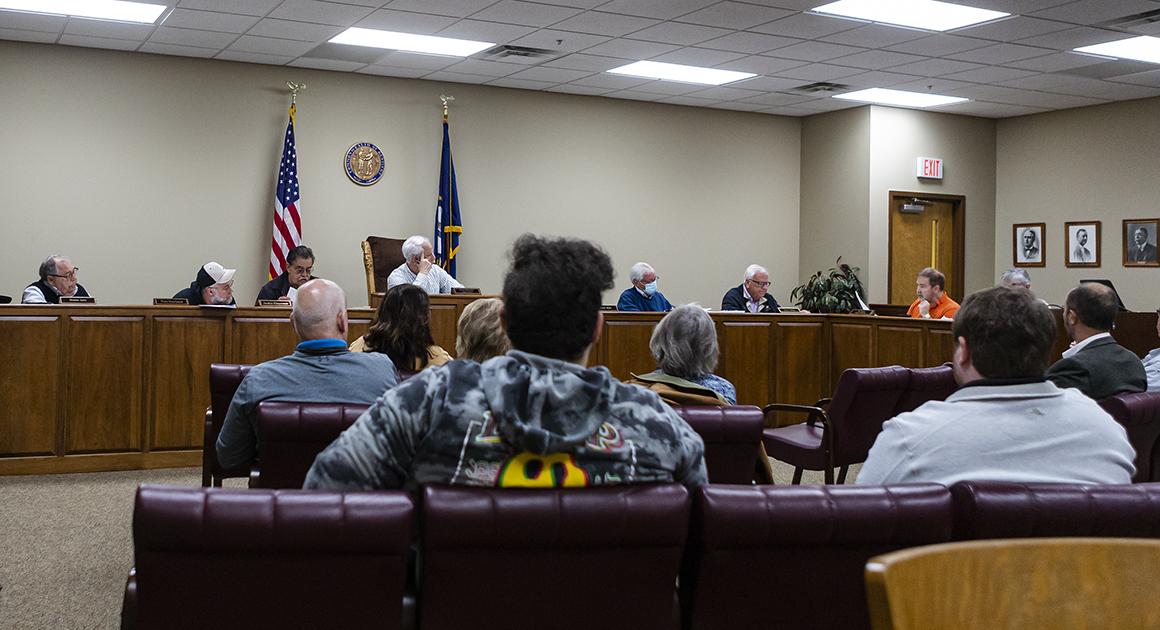 The Harrodsburg Herald/Robert Moore
A proposed text amendment to the county zoning ordinance which defines and allows for solar energy systems and facilities as conditional uses in agricultural and industrial zoning districts died for lack of a motion at Tuesday’s meeting of the Mercer County Fiscal Court.

The proposed solar ordinance has failed. At Tuesday’s meeting of the Mercer County Fiscal Court, Judge-Executive Scott Moseley asked for a motion to approve or reject the ordinance, which defined and allowed for solar energy systems and facilities as conditional uses in agricultural and industrial zoning districts. Magistrate Dennis Holiday moved to approve it, but did not receive a second. Moseley then asked for a motion to deny the ordinance, but that motion died for lack of a second.

County Attorney Ted Dean said he thought the fiscal court had to vote on the ordinance one way or the other. After some research, he pronounced the solar ordinance “dead” without any further action.

“For lack of a motion, it’s dead on the table,” Moseley said.

Back in 2020, the Mercer fiscal court voted to deny amending zoning ordinances to allow solar farms as a conditional use on agricultural land and R-1 residential land which is both undeveloped and adjacent to agricultural zoned lands. The developers claim the project could generate at least $9 million in revenue for the county over 35 years in the form of payments in lieu of taxes.

“From our perspective, it looks like utility scale projects are not permitted at all,” Erich Miarka, director of development at Savion Renewable Energy, said Tuesday.

The solar ordinance began when former Judge-Executive Milward Dedman asked the Harrodsburg-Mercer County Joint Planning and Zoning Commission to look into revising the county zoning ordinance to cover solar energy systems, which have been growing in popularity, size and controversy across the country. Kentucky Utilities opened a 10 megawatt solar facility at the E.W. Brown Generating Station in Burgin in 2016.

Earlier this year, planning and zoning commission voted to forward the proposed text amendment to the county zoning ordinance which defines and allows for solar energy systems and facilities as conditional uses in agricultural and industrial zoning districts. However, the commission removed a section allowing commercial scale solar projects on land zoned as A-1, A-2 or A-3.

The commission voted 5-2 to approve the text amendment and to strike three paragraphs dealing with large scale solar facilities on agricultural land after a nearly two-hour long public hearing—the second of two public hearings—in which both advocates and opponents of solar power voiced their opposition to that section.

The dead amendment leaves Mercer County right back where it started, with little to no local oversight on solar power.