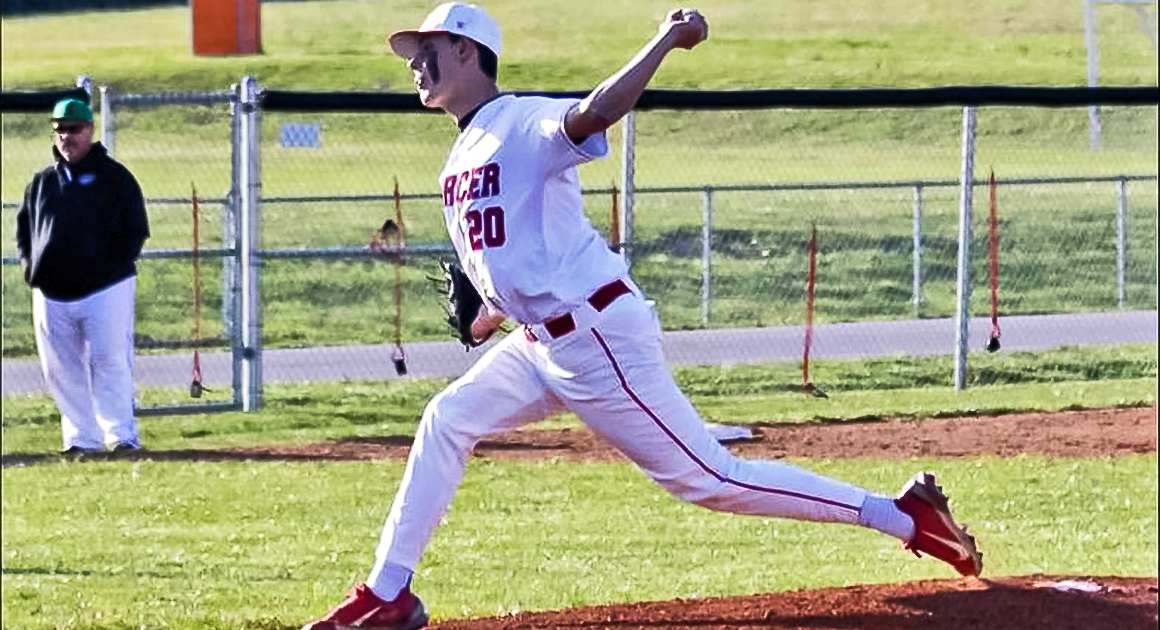 The Mercer County Titans baseball team (12-6) picked up another district win against the East Jessamine Jaguars (5-9) with a landslide, 11-1, victory Tuesday, April 19.

Evan Hart was rewarded the win in the shortened five inning game with four hits, one run and eight strikeouts. Isaac Beasley brought in the runs with four RBI’s on the evening. Mercer blew the game out in the third inning scoring seven runs to head home early with a ten run lead in the fifth inning.

The Titans wasted no time in the first inning getting three quick outs from Sam Baughman fielding a ground ball, Hart throwing a strikeout and Cayden Devine catching a pop fly.  East Jessamine held strong in the bottom of the first  with Devine popping out followed by Ayden Stephens and Baughman striking out.

Hart was painting his corners striking out the first two batters in the top of the second inning. The Jaguars found some success with two line drives to right field to score the first run of the game, 0-1. Hart finished out the inning with the final strikeout on three pitches. Hart was up at the plate for the Titans in the bottom of the second. A ground ball and some help from an error from the East Jessamine third basemen landed Hart on second base. Matthew Brodeur took over as a courtesy runner for Hart. Aaron Caton followed up with a ground ball to left field. Beasley brought both runners home with a line drive to left field to take the lead, 2-1. A sacrifice bunt from Jackson Peavler and a fly ball from Jonathon Logdon scored one more run from the Titans before the end of the second ending, 3-1.