Ragged Edge Production Runs Until May 1 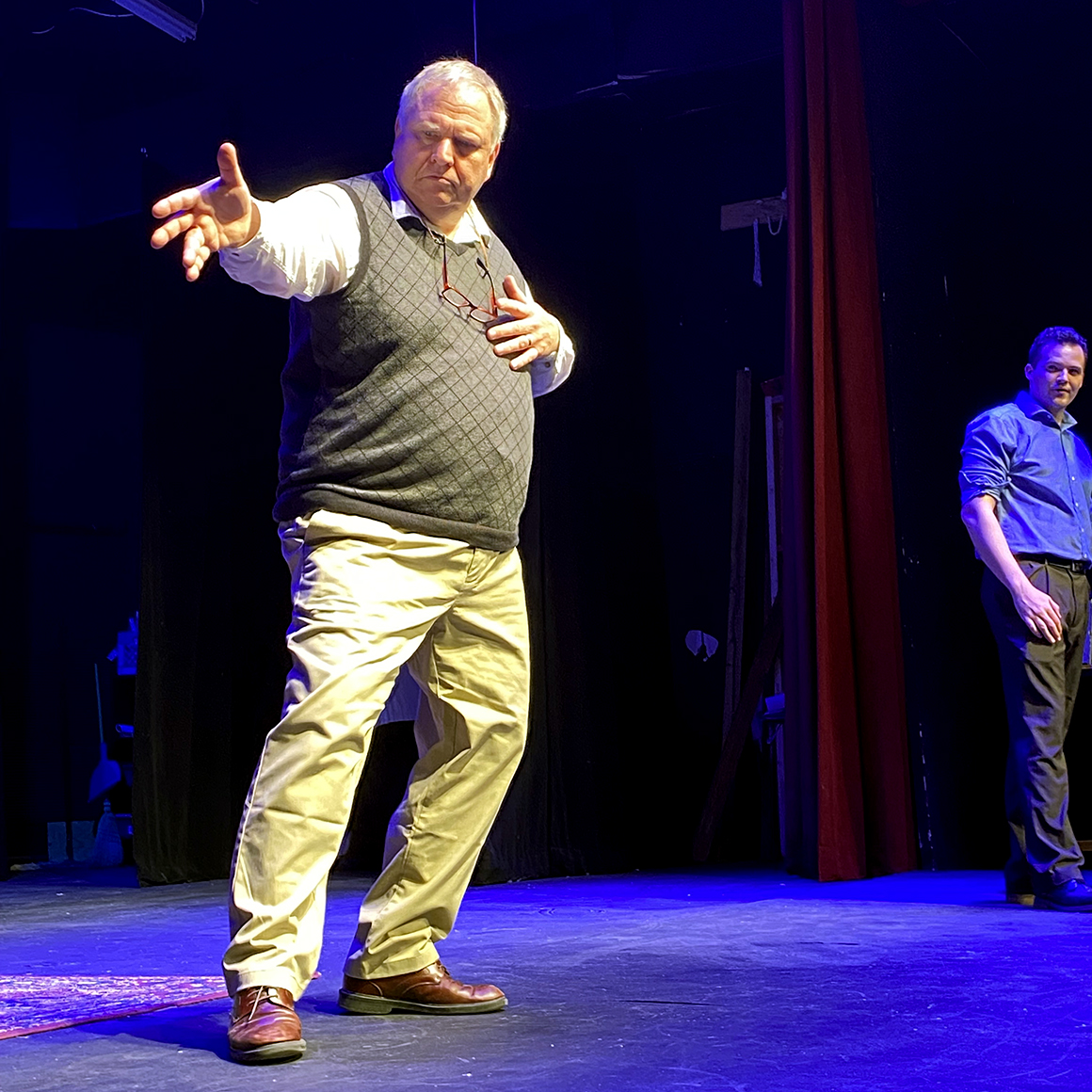 The play, which is based on Mitch Albom’s best seller, is directed by James Tyler Mattingly (Dr. Jekyll and Mr. Hyde, The Giver, James Harrod: The Battle for Kentucky) and stars Devin Casey (Lil’ Abner, Brigadoon, Joseph and the Amazing Technicolor Dreamcoat) and Ragged Edge Managing Director Allan Barlow.

The play is based on a series of visits Albom paid to his former teacher, Morris “Morrie” Schwartz, a professor of sociology at Brandeis University, during 1995, when Schwartz was dying from Lou Gehrig’s disease. Albom’s book, which was published in 1997, topped the best-seller lists for over four years, and was made into a popular 1999 television film starring Hank Azaria and Jack Lemmon.

Barlow, who will play Morrie in the Ragged Edge production, said the story’s lasting appeal centers on the relationship between a grown student and the teacher who has a lot more to teach.

“Most people have at least one, even if you really hated school,” Barlow said, “the teacher who made it bearable for you, the teacher who really got you. The one who saw something in you that no one else did, and who fought and cajoled and worked to bring it, whatever it was, out in you.”

But that’s only half the story.

“For teachers, there is always that one kid,” Barlow said, “the one who completely affirms your decision to become a teacher, the one with ‘the gift,’ the one who blossoms under your care. The one who just gets you.”

According to Barlow, Albom, then a successful sports columnist with the Detroit Free Press, only intended to visit Schwartz once.

“What was intended to be a one-off, last respects type of visit paid to a former teacher quickly evolve into a 14 week lecture series on the subjects of “love, work, aging, family, community, forgiveness …and death.”

Schwartz, who was facing death head on, taught Albom how to be fully present in his own life.

“How to ‘be as human as you can be,'” Barlow said, “and how to face death with dignity…and a great deal of humor.”

“Tuesdays with Morrie” runs Friday, April 22, through Sunday, May 1, at Ragged Edge Community Theatre (111 South Main Street). Show time on Fridays and Saturdays is 7 p.m. with Sunday matinees at 3 p.m. Reservations can be made by visiting raggededgetheatre.org or by calling 859-734 2389. All tickets are $12.