The Mercer County Titans Baseball team (10-6) hit the road this past week with an overall record of 2-1. Friday, April 15, the Titans took a trip to Woodford County where they fell 2-3 to the Yellow Jackets (12-4) and Saturday, April 16 they played in a double header at George Rogers Clark (GRC). Mercer handled the Cardinals (9-9) with a 7-2 win and followed up by beating the Campbell County Camels (8-6),6-4, later the same day.

Mercer remains on the road this week at the AGE Patriot Invitational in Lincoln County. The Titans play a double header Saturday, April 23 against Lincoln count at 10 a.m. and Franklin County at 4 p.m. 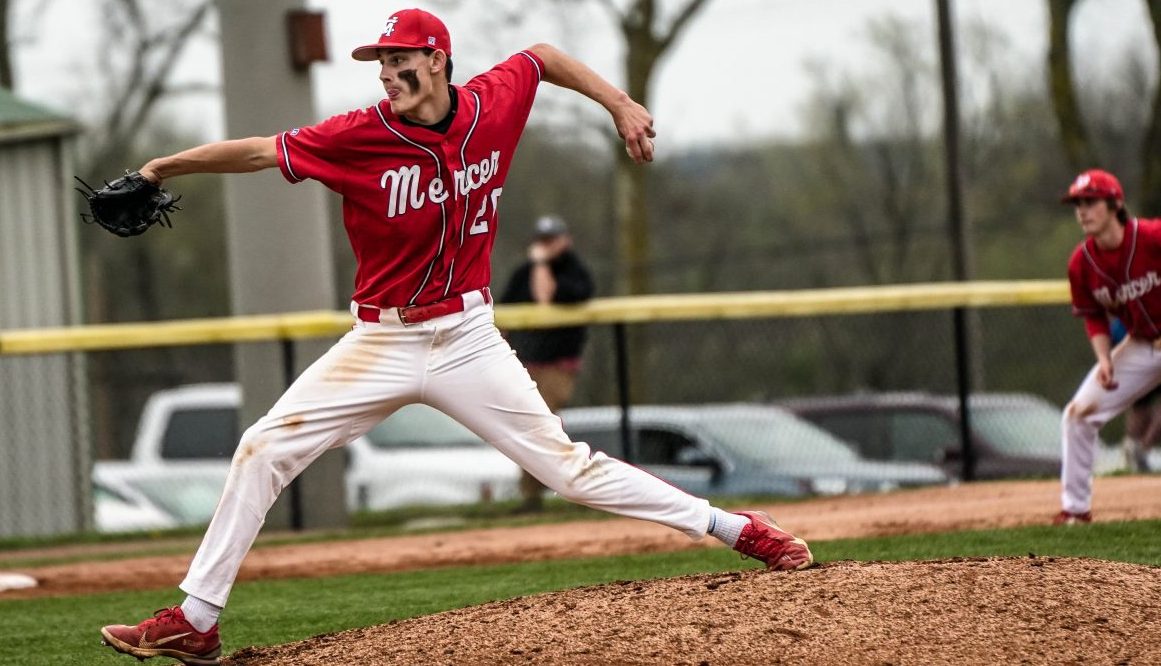 The Woodford Sun/Bill Caine
Junior Evan Hart pitched four innings for the Titans, finishing the day with two hits, three runs and one strike out in Mercer’s 6-7 loss at Woodford County on Friday, April 15.

The Titans struggled out of the gate with three quick outs from Cayden Devine, eighth grader Ayden Stephens and Sam Baughman. Baughman started on the mound for Mercer and hit the first batter, who later scored the Camels’ first run, 0-1.

In the top of the second, Evan Hart and Isaac Beasley were thrown out at first for two quick outs. Aaron Caton hit a line drive to left field to make it to second base, but Mercer was unable to capitalize. Baughman had two strikeouts in the bottom of the second inning and Devine collected the third out on a ground ball.

Mercer was unable to find their stride as they went three up and three down in the top of the third inning. Devine caught two balls for two quick outs. Baughman walked a batter which came back to haunt them as a double brought the runner home, 0-2.

Stephens reached base on an error for Mercer to kick off the fourth inning. A fielders choice resulted in Baughman making it to first and Stephens getting out at second. Hart hit a line drive to center field to put Baughman on third base. Beasley brought both runners home with a fly ball to even the score, 2-2. Mercer’s defense held strong in the bottom of the fourth to keep the game tied.