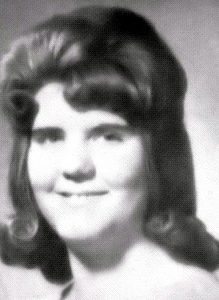 Patricia Ann Brown, 75, of Harrodsburg, wife of Kenneth Brown, died Saturday, April 9, 2022, at Ephraim McDowell Regional Medical Center in Danville Born Aug. 14, 1946, in Mackville, she was the daughter of the late Russell and Edith (Mattingly) Carrier. She was a 1964 graduate of Mackville High School, a homemaker and was a member of the Unity Baptist Church. Survivors, in addition to her husband, include: one daughter, April Brown of Harrodsburg; two sons, Brian Keith (Denna) Brown of Danville and Michael Todd (Stacy) Brown of Tyrone; one brother, Mike (Judy) Carrier of Mackville; four grandchildren and one great-grandchild.