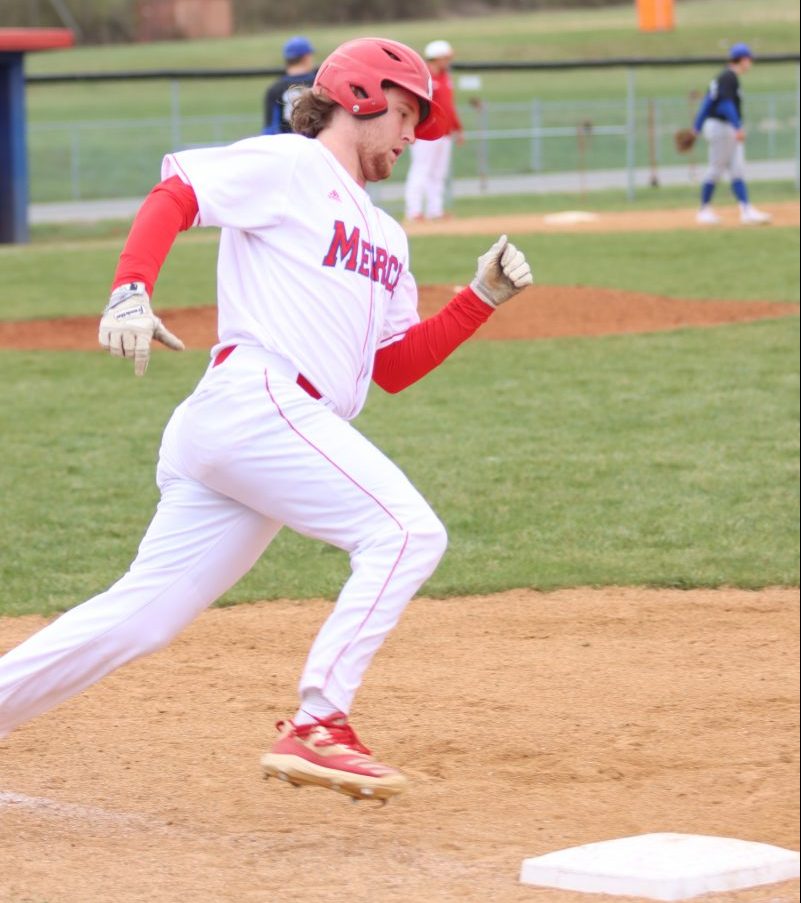 The Harrodsburg Herald/Wesley Bird
Senior Isaac Beasley heads for second after hitting a double to lead off the second inning on Tuesday, March 29.

The Mercer County Titans baseball team blew a late lead in the seventh inning to the Lexington Catholic Knights to lose, 9-10, in the first round of the 2A Sectionals. The Knights went on to beat Boyle County to qualify for the 2A state tournament.

The game started with junior Evan Hart on the mound for Mercer. Hart walked the first batter and the second batter got on base from a bunt. Hart settled in with a strikeout and caught the Knights stealing a base to get two quick outs. Lexington Catholic was first on the scoreboard with a single to center field to bring their runner home on third, but Riley Peavler beat the runner with a throw to Caleb Purdom on third base to secure the third out, 0-1.

Mercer’s first chance at hitting was lackluster with Purdom being walked and Devine, Peavler and Hart all striking out.

In the top of the second inning, the Titans made quick work of the Knights with two strikeouts from Hart and Peavler catching a fly ball in center field.

Mercer’s Isaac Beasley kicked off the bottom of the second inning with a double to left field. Sam Baughman with a sacrifice bunt advanced Beasley to third. The Titans couldn’t capitalize with Aaron Caton striking out and Jonathon Logdon grounding out to end the inning.