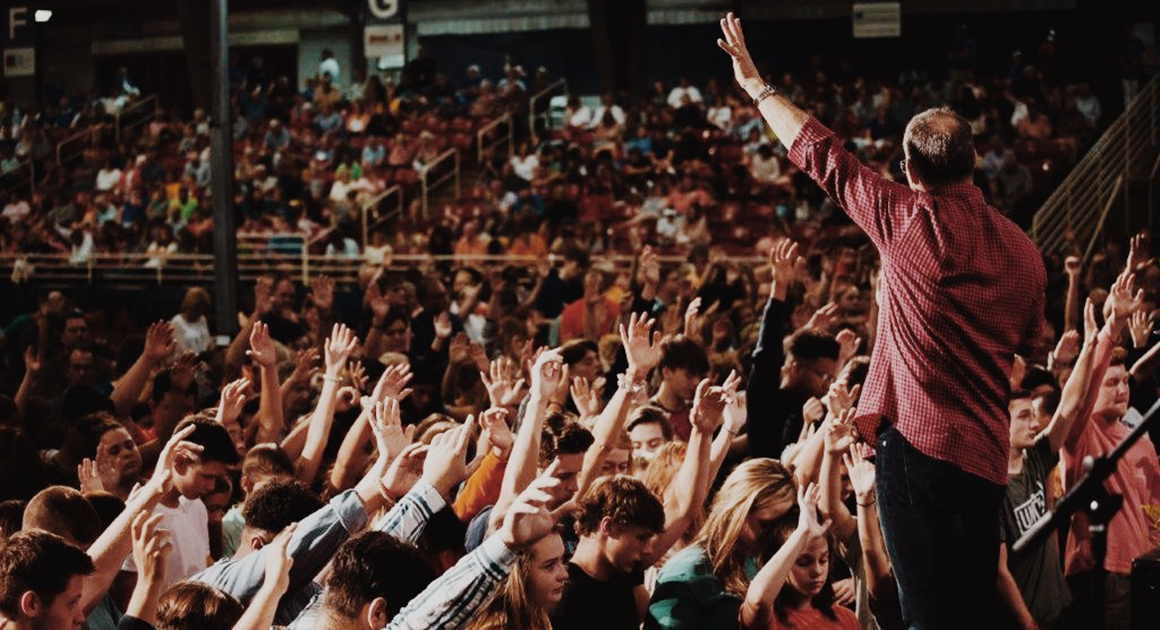 The Central Kentucky Go Tell America Crusade starts Sunday, April 10, and will run nightly starting at 7 p.m. until Wednesday, April 13, at the CU-Harrodsburg Athletic Complex (772 University Drive). The crusade will feature video, popular Christian artists, testimonies of hope and inspiration and a Gospel message. A kickoff block party will be held Saturday, April 9 from 3-7 p.m. on Chiles Street.

In 2018, Choe Sergent with Campbellsville University-Harrodsburg and Junction City Baptist Church, sat in the audience for one of the Go Tell America Crusades at Campbellsville University’s parent campus. Sergent was inspired by how the event effected the Campbellville community. Realizing Central Kentucky had not hosted such an event in several years, he began working with others to bring the crusade here. Then, COVID-19 happened and like so many other things, the plans were put on hold.

For over a year, people were forced to retreat from their daily norm while fighting a global pandemic.

“We saw there was a need, especially after COVID. People were in need emotionally, physically and spiritually,” said Hopewell Baptist Pastor Doug Wesley. “There is an emptiness within so many that needs to be addressed and we hope the crusade will help reach those in need.”

Over 40 churches have pooled financial and volunteer resources, not just for the nightly event at CU-Harrodsburg, but for the block party and other events to start building support for the crusade.

“We are working together to present the Gospel as powerful as we can,” said Wesley.

The event is non-denominational and the public is invited to attend. Pastor Greg Warren of the Carpenter’s Christian Church said the event is not just for regular church goers, but for those who have disconnected from the church as well as those who may have questions.

“We want to bring people together on a neutral site to learn about God’s love,” Warren said. “We want to bring in people who do not know the Lord and help pull back any that may have drifted.”

He said the partnership has been good for local churches, allowing them to connect.

“We have already seen benefits of the Crusade,” Warren said. “Our churches are working closely together and it’s been a good thing for all of us.”

The event will host popular Christian music acts and speakers such as the Jason Lovins Band; ESPN commentator David Pollack; Travis Blast, whose life inspired the 23 Blast movie and several others. At Monday’s event University of Kentucky basketball player Oscar Tshiebwe will be giving his testimonal. Sunday night’s service will feature a joint choir from churches across Mercer and Boyle Counties.

It’s the hope of the local pastors that the crusade will spark revival within the community and its churches.

For more information on nightly events, visit the Crusade’s Facebook page at www.facebook.com/gotellcky.