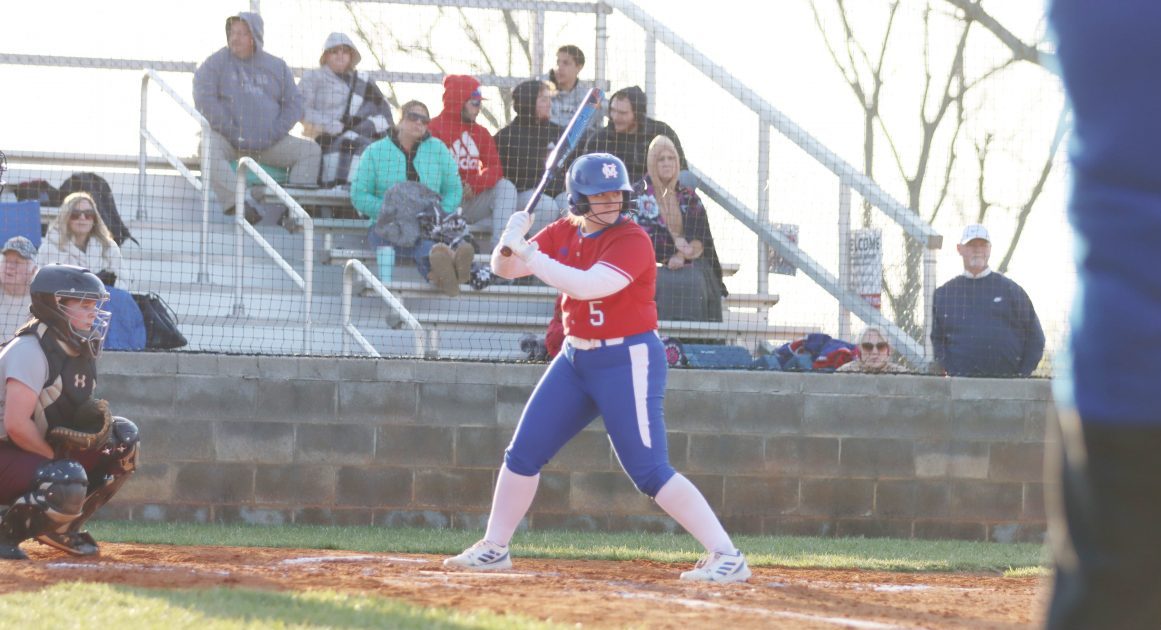 The Harrodsburg Herald/David Carpenter
Mercer junior Brooklyn Mullins steps up to the plate during the third inning. The Titans struggled to get their bats going until scoring two in the fourth against Marion County on Friday, April 1.

The first inning started with the Lady Knights at bat. The Titans got two quick outs with Hanna Beasley collecting a grounder and throwing out the batter at first and Ashley Howard striking out the second batter. Howard walked the next two at bat, but got out of the inning with another strikeout.

The Titans got off to a rough start with their first trip to the batter box. Elle Prewitt and Kallise Gammon grounded out and Howard was out on a fly ball to right field.

With the Titans back on defense to start the second inning, Beasley and Prewiit connected to pick up the first out at first base. Howard struck out the next two out of the three batters to stop Marion County.

In the bottom of the second inning, the Titans were still stagnate with Haylee Ransdell striking out and Beasley and Makayla Burns grounding out.

Marion County kicked off the third inning with a single and a sacrifice bunt to get a runner on second. The Knights hit a double, but Mercer kept the runner at third to keep the score tied. Howard clutched up and struck out the next two batters to get the Titans out of the tough situation.

In the bottom of the third inning, Mercer was three up and three down as Avery Robinson, Madisynn Griffin and Brooklyn Mullins were all out.