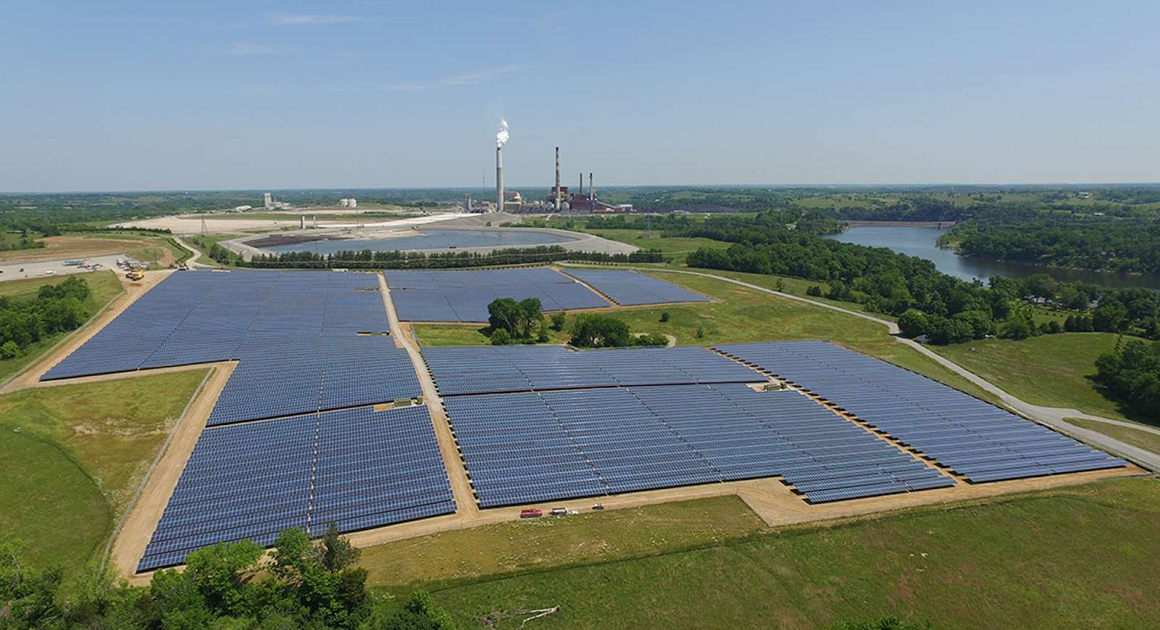 Photo Submitted
Opened in 2016, the E.W. Brown Solar Facility in Burgin is comprised of 44,000 solar panels spread over 50 acres of land. The facility has generated over 98 million kilowatt-hours of energy since going online. (File image).

At their regular meeting on Tuesday, March 19, the Mercer County Fiscal Court gave first reading to a proposed solar ordinance.

Even though a large crowd had gathered to voice their opinions on the proposed text amendment to the county zoning ordinance, which defines and allows for solar energy systems and facilities as conditional uses in agricultural and industrial zoning districts, the fiscal court did not take public comment.

The Harrodsburg-Mercer County Joint Planning and Zoning Commission held two public hearings on the amendment before voting to forward it to the fiscal court. The planning and zoning commission removed a section allowing commercial scale solar projects on land zoned as A-1, A-2 or A-3.

Solar advocates say the text amendment prohibits Mercer County landowners from reaping the rewards of solar energy on their land. In a letter to the editor, the Solar Resource Center of Harrodsburg called it “an overreach that limits the rights of landowners on the vast majority of the county’s area.”

On Tuesday, Judge Moseley summarized the ordinance and said a copy is available on county website.