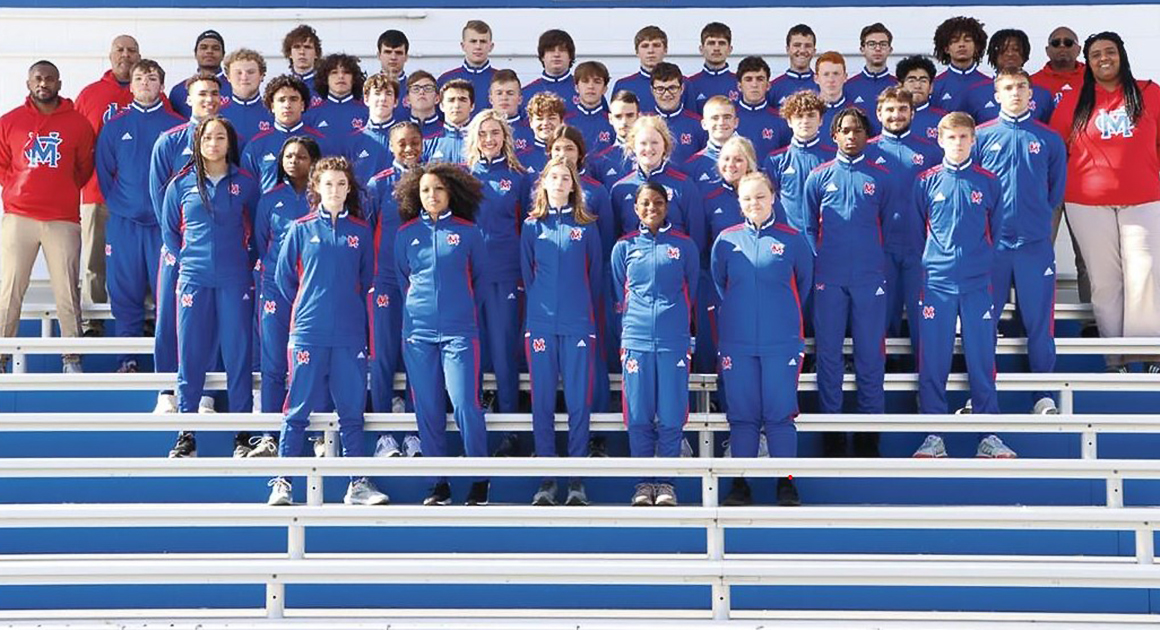 (The Harrodsburg Herald/Wesley Bird). The Mercer County boys and girls track teams are looking for another state championship this season. The boys team returns eight seniors. While the girls team have no senior leadership, they do have strong talent returning.

“This is our year” said  Mercer Track Head Coach Terry Yeast. That’s what he preaches to his track and field team for the upcoming 2022 season. More often than not these past few years it has in fact been Mercer’s year with three 2A state championships with the boys teams including 2016, 2017 and  2021. The girls track team also took home the 2A state championship in 2019.

Coach Yeast and his staff have built the Mercer track and field program into a dynasty. The Titans look to extend their reign as they gear up to make another state championship run. They return a good amount of the core contributors from last year’s team including seniors Riley and Jackson Peavler, Jonah Lewis, Brayden Dunn, Matthew Mays, Pierce Markham, Allen Derousse and second year senior Jalen Lukitsch. The boys team will have to find a way to replace the production of graduated seniors James Johnston, Bryce Walton and Noah Davis who played pivotal roles in bringing home the championship last year.

As for the boys team, a few underclassmen to watch this year are Beau Brown who came in second in 200 meter at state last year, Thaddeus Mays who placed third in triple jump and Lleyton Penn who placed eighth in shot put at state.

The girls who make up the team this year for Titans  are all juniors or younger. They   still return several athletes from the second place team who came up just short the to Christian Academy of Louisville last year. The team will have to combat the large senior class they lost with their youth. The team will be headlined by Jai Marie Piazza, Clayra Darnell, Lindsay Jessie and Timberlynn and Teigh Yeast.

Piazza won both the 100 meter and 300 meter hurdles last year and  was a second away from the state record. Darnell placed fifth in the mile and fourth in the two mile events at state last year as she looks to hold down the long distance events for the lady Titans. Timberlynn Yeast medaled in three events in last year’s state meet and her younger sister, Teigh, looks to bring more speed to Mercer’s team as an eighth grader.

Both squads look poised and ready to continue the tradition of excellence that has been established in the Mercer program as it could very well be their year again.

For full results from the All Comers track meet on March 28, check out this week’s issue of the Harrodsburg Herald. Click here to subscribe.