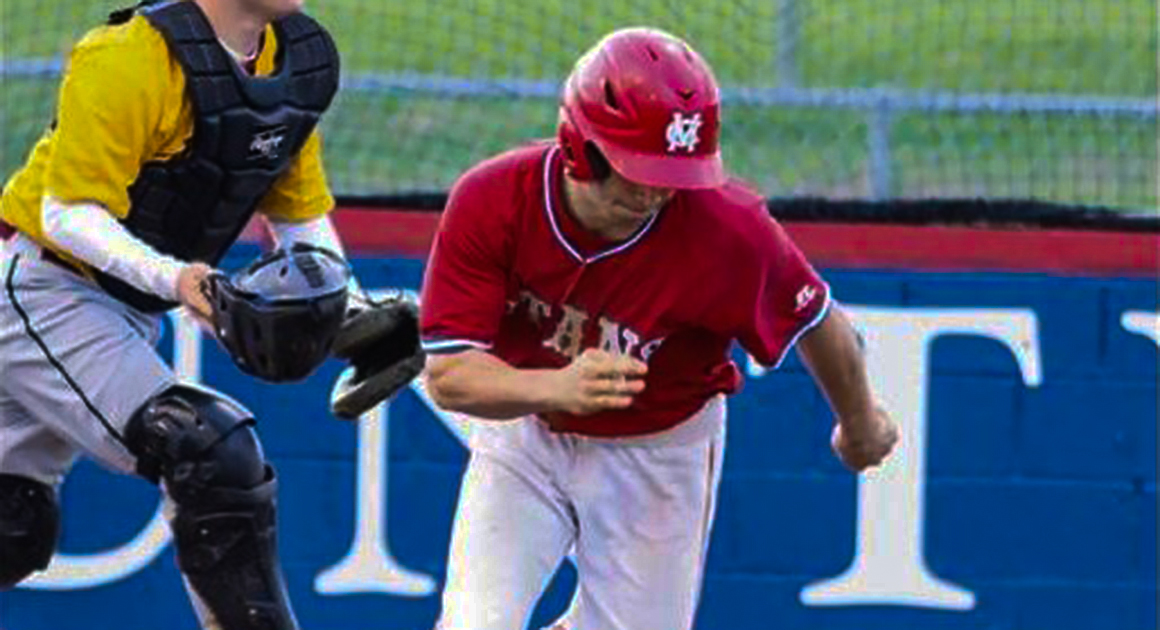 The Harrodsburg Herald/Wesley Bird
Senior Riley Peavler earns the base with a bunt and run to help the Titans beat Garrard County, 4-2, on Thursday, March 24.

With the game tied, 2-2, at the bottom of the fifth, an error from the Lions allowed Mercer to secure the win.

Logan Martin got the win lasting five innings allowing seven hits, two runs with zero walks. Caleb Purdom in two innings on the mound recorded the last six outs to save the game. Evan Hart and Riley Peavler had multiple hits. Hart lead the team going three for three from the plate.

Martin started off rough from the mound hitting the first batter, but his outfield had his back with the Peavler brothers getting all three outs in the outfield.

The cold weather didn’t help Mercer’s bats. Cayden Devine grounded to first base for the first out. Riley Peavler’s speed was able to get him to first base off a bunt, but he was called out trying to steal second. Purdom ended the inning for the Titans with a strike out.

Martin was able to keep the ball in play, catching a pop up in foul territory. Devine and Purdom got the next two outs connecting to Isaac Beasley at first base.