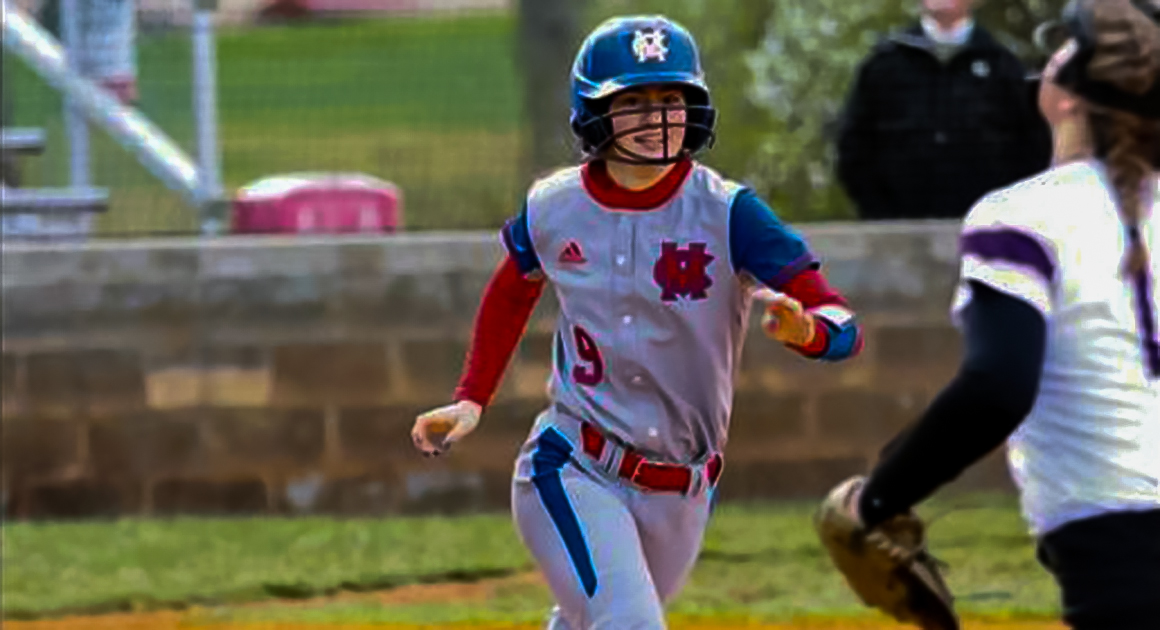 The Harrodsburg Herald/Wesley Bird
Kallise Gammon takes her base on her way to help Mercer beat Somerset. Gammon finished with one hit, two RBIs and one run on Thursday, March 24.

The Titans got rolling when Makayla Burns doubled on her first pitch and scored two runs. They brought in five runs in the fifth inning driven by a triple from Hannah Beasley, a single from Burns and a double  by Kallise Gammon. Ashley Howard got the win for the Titans pitching seven innings, allowing six hits, four runs, striking out 13 batters and walking one. Mercer totaled nine hits, including multiple hits from Burns, Beasley and Elle Prewitt.

The top of the first inning began with Howard striking out two and getting out of the inning when she connected to first baseman Prewitt on a grounder.

Mercer went three up and three down to end the first inning a little rocky.

Howard made quick work of the next three batters.