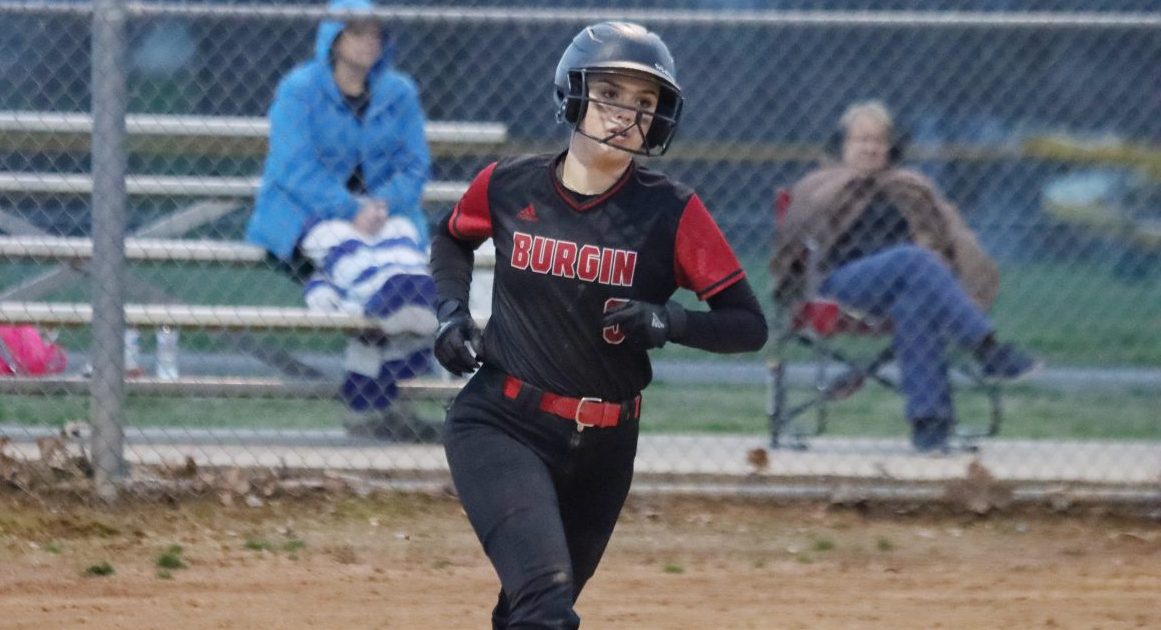 The Harrodsburg Herald/David Carpenter
Freshman Jemma Jenkins takes her base in Burgin’s season opener against Menifee County on Friday, March 18, at Anderson-Dean Community Park. The Bulldogs split the double header.

The Burgin Bulldogs softball team split the series with Menifee County at their home opener on Friday, March 19, at Anderson-Dean Community Park. They dropped the first game, 30-19, and won the second game, 14-4, in five innings.

Burgin struggled in their first game with Chloe Henson in the circle. It took Henson a little while to work through first game jitters, walking several and hitting a few in the first inning. However, she did earn three strike outs.

In the bottom on the first, Burgin took advantage of being walked with strong base running. They were able to put up eight runs. Hannah Sewell  was walked and was advanced when Peighten Sebastian singled. Grace Cocanougher earned her first RBI for the season bringing Sewell home. Henson sent one deep in center field. The Bulldogs got their first out with a pop fly by Kynlee Sexton, Sebastian was caught stealing and the inning ended when Cocanougher grounded to first. Burgin trailed 15-8.

The Bulldogs gave up nine more runs to Menifee in the second. They were able to put one run up with good base running by Jemma Jenkins after she was walked and ended the inning down 24-9.