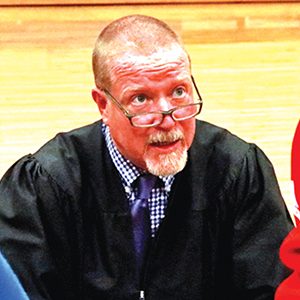 Gov. Andy Beshear has appointed the Honorable Jeffrey Len Dotson as Circuit Judge for the 50th Judicial Circuit, Division 1, which is made up of Mercer and Boyle counties.

Dotson has served as District Court judge for Mercer and Boyle counties since 2010, according to Ballotpedia.

He received his juris doctor from the University of Louisville Louis D. Brandeis School of Law, according to a state press release.

According to Ballotpedia, Peckler had served since 2000, winning re-election without opposition in 2014. Peckler’s current eight-year term expires Jan. 1, 2023.

Dotson was one of three local attorneys picked by the Judicial Nominating Commission, which helps fill judicial vacancies by appointment when a vacancy occurs outside the election cycle. In addition to Dotson, Christopher Joel Reed of Danville and David Allen Taylor of Harrodsburg were also nominated.

Reed is running for Dotson’s open seat in District Court in the upcoming election, according to the secretary of state’s website.