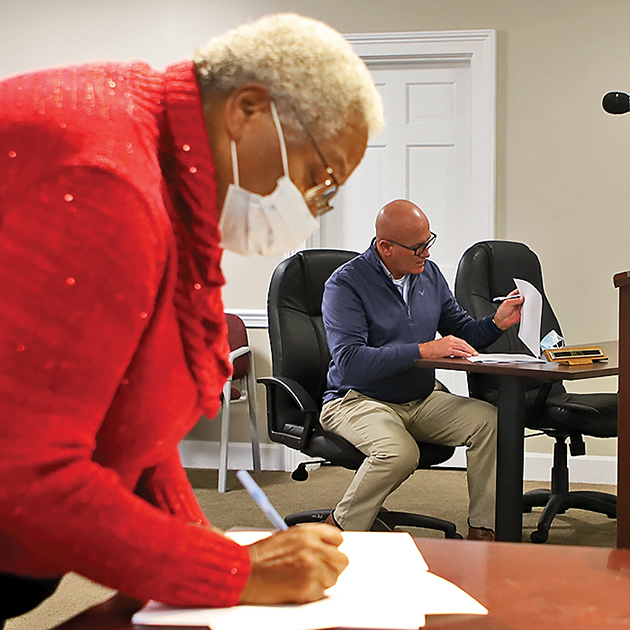 On Monday, March 21, Bryant notified the city she was resigning as city commissioner due to what she termed “health issues.” Her resignation goes into effect on April 1.

“I am presently in a nursing home and wheelchair and walker bound,” Bryant wrote in a notice that was also sent to the Harrodsburg Herald.

City Clerk Shavonna Huffman confirmed she had received Bryant’s resignation. Huffman said the city commission would officially accept the resignation at their next meeting, on Monday, March 28. Starting April 1, the commission has 30 days to appoint Bryant’s successor or, under state law, Gov. Andy Beshear would appoint a new commissioner.

Bryant was elected to the city commission in 2020. She had not attended a commission meeting since July 12, 2021, according to the city, although she did participate in an executive session on Sept. 27, 2021.

“I had such dreams to fill and be a servant of my city,” wrote Bryant, who served as a dispatcher with the city’s 911 department for 32 years. In addition, Bryant has been a community advocate as well as a volunteer with the Mercer County Chamber of Commerce as well as other organizations. “I pray that you will work for our city with no disruption and controversy.”

Bryant swore to return to serve the city again.

“I know God is a healer and provider,” she wrote in her resignation notice. “Just remember one thing within the next two years I WILL BE BACK TO IMPROVE THIS CITY. NOTHING CAN STOP ME.”

Her resignation leaves the Harrodsburg City Commission with only one elected member, Commissioner Marvin “Bubby” Isham. Every other commissioner was appointed to fill out an unexpired term.