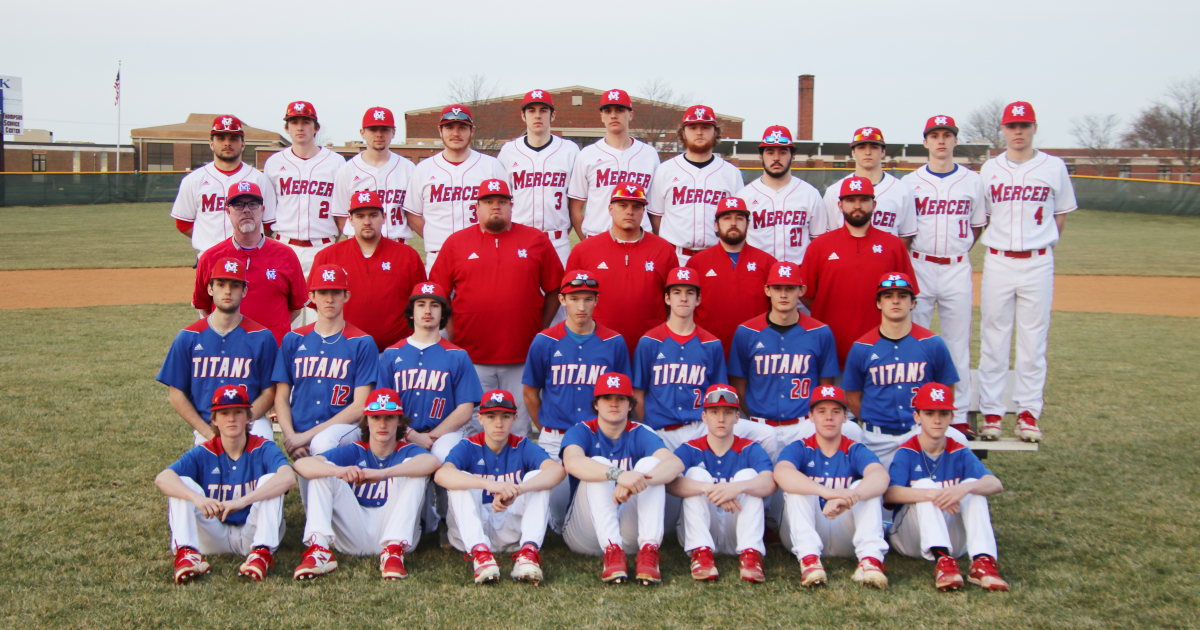 The Harrodsburg Herald/April Ellis
The Mercer County Titans, who opened their season on Monday, hope to make a deep run this year.

The Mercer County Titans are ready to start swinging their bats and get the baseball season started. Second year head Coach Cody Christopher was able to have a full preseason with his team this year and the coaches and players all have their sights on a successful season that includes a district championship, a deep run in region and a trip to the Legends Field.

Last year, the Titans ended their season with a 28-9 record and won the 46th district championship against East Jessamine, but ended the season with a loss in the first round of the 12th region against Boyle County. The games the Titans lost last year were to baseball powerhouses and Christopher hopes this year’s tough schedule will mold them into their own powerhouse with a strong post season run.

“I expect them to compete, and come up with some big wins,” said Christopher. “We made an extremely difficult schedule to prepare them for the post season. We will face the top teams through the state such as Trinity (defending champs), Danville, Boyle, Ballard, Lexington Catholic, Lafayette, Campbell County and many more. There will ultimately be losses, but we need to make sure those losses only happen if the opponent is actually better than us. We can’t have losses due to failed execution, or lack of hustle, or just down days.”

The Titans had eight seniors graduate last year, but two returned for the extra year COVID allowed, Sam Baughman and Caleb Purdom. Both players were key behind the plate and at the mound last year and will only benefit the Titans again this year.

Even though the Titans graduated some talent, this year’s senior and junior classes have the game experience needed to accomplish their goals.

“We will definitely miss the seniors from last season, but these kids are ready to fill their shoes and continue what they started last year,” said Christopher. “Several juniors and sophomores were forced to play due to injuries throughout the year last season. We are returning a lot of experience.”