On Friday, March 4, the jail committee approved a 68-32 ratio, with Mercer’s share being the lower number. The ratio is based on raw data taken by Boyle County from Jan. 1 to Dec. 31, 2021. The ratio had been 71-29. The new ratio goes into effect July 1, the start of the new financial year. 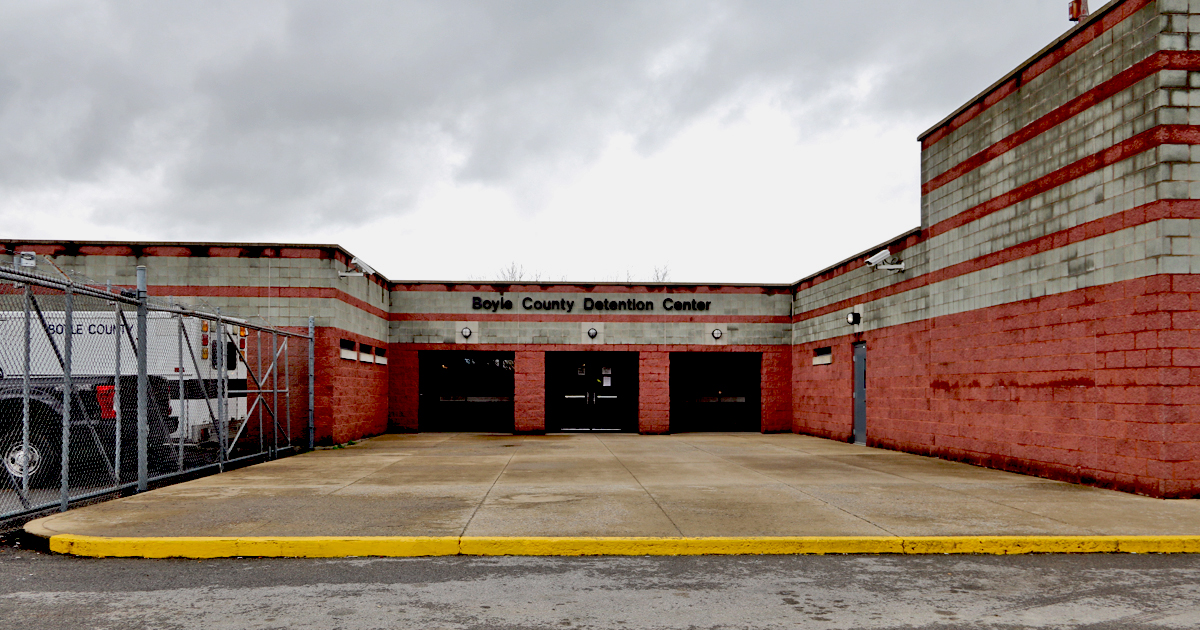 Mercer officials said they did not get a different ratio based on the data presented to them. Mercer County Attorney Ted Dean moved to accept the new ratio, which was seconded by Boyle County Jailer Brian Wofford seconded. The motion passed unanimously.

Back in 2018, Mercer and Boyle Counties agreed to amend the interlocal agreement, which allows Mercer to pay a smaller share of operating costs at the regional jail. Mercer officials had complained that they were paying too much toward the jail because the interlocal agreement established a floor of 35 percent for Mercer based on its percentage of the jail population. In 2018, both counties agreed to set the floor at 27 percent.

Dean has repeatedly warned the Mercer County Fiscal Court about an increase in jail expenses. Law enforcement, officers of the local courts and other officials have worked to keep the population at the detention center low because of the COVID-19 outbreak. But even as the population as a whole went down, Mercer’s share of the jail population went up.

“There is a certain number of people that we can’t have out,” Dean said Friday.

There are currently no COVID-19 cases among the inmate population, jail officials said Friday. The jail is still short seven on staffing.

On Friday, the jail committee discussed several issues related to the  proposed budget for the upcoming fiscal year, including hiring a new provider for the jail website, hiring a new medical provider and possibly providing an option for home incarceration for nonviolent offenders. While they are looking at a possible $4 increase in per diem for state inmates, Mercer officials also noted there are substantial increases in personnel costs.

At Friday’s meeting, they heard a presentation from  Quality Correctional Health Care. Jail officials have been concerned that their current jail provider, Southern Health Partners, has been missing shifts.

“We’ve been paying for 24/7 medical coverage and we’ve not been getting it,” Wofford said.

Under the terms of the contract, the provider has to miss five consecutive shifts before the county gets a refund.

Mercer County Treasurer Sandy Sanders noted the offer from Quality Correctional Health Care would over $100,000 more than the one from Southern Health Partners.

During their presentation, representatives from Quality Health Care reassured jail committee members that while the cost would be up, especially during the first quarter after the transition, they would go down. While Dean said it always was worth considering, he noted there was a 10 percent difference between the base population estimation in the two contracts, with Quality estimating 230 and Southern estimating 270. Dean said a spike in the jail population could increase their costs.

The Supreme Court has consistently held that the Eighth Amendment’s prohibition against cruel and unusual punishment requires the government to provide health care to prisoners, and that officials may be held liable for failing to provide adequate health care. Jail officials said they were more concerned with missed shifts.

“For every shift they miss, that’s profit,” said Chief Deputy Jailer Chad Holderman. He said other jails had severed their relationship with Southern for missed shifts.

Quality would pay staff more, he said. Holderman said when Quality took over as medical provider for Lincoln County, they came in high the first year, but they next year they only paid cost plus 15 percent.

Quality also offered a way to reduce the cost, by allowing the counties to negotiate a deal for pharmacy services with a local provider, which could potentially offer significant savings. Quality would administer medication which the counties would buy.

Dean asked Quality to submit a contract. He said he wanted to make sure it was an apples to apples comparison.