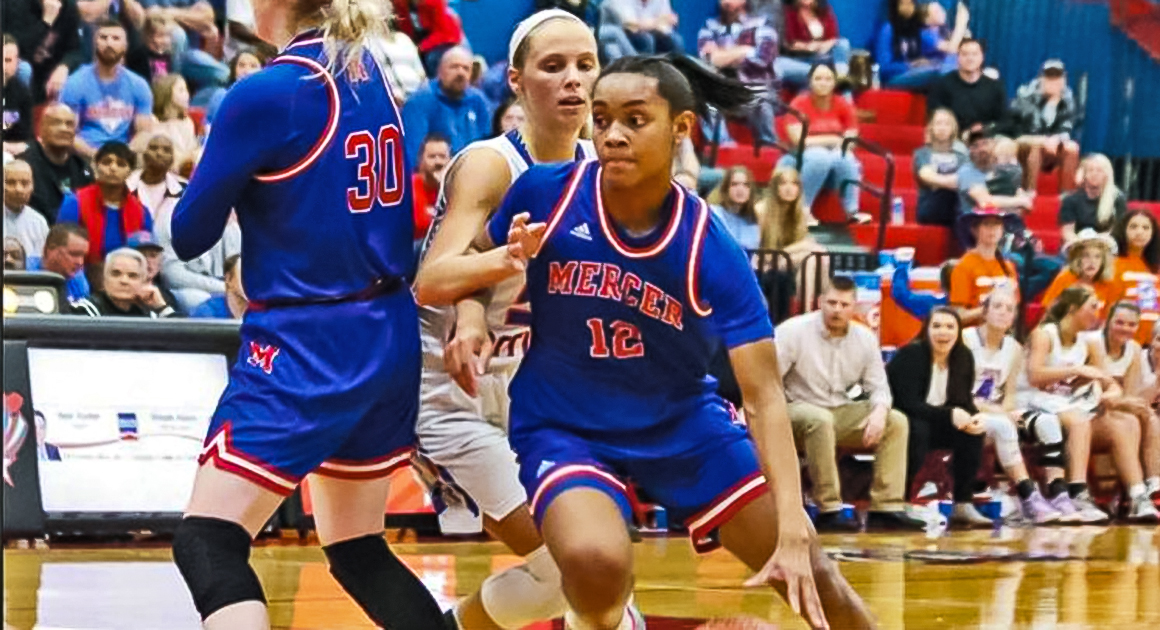 The Harrodsburg Herald/David Carpenter
Timberlynn Yeast was held to six points in the 12th Region championship game due to impressive defense by Southwestern on Saturday, March 5. Yeast averaged over 21 points and eight rebounds per game during the regular season.

The Mercer County Titans girls basketball team’s (24-8) season came to an end in the 12th Region tournament championship at the hands of the Southwestern Warriors (25-7) in a 42-58 loss Saturday, March 5. The Warriors had the perfect plan to stop Mercer’s inside attacking offense with a 1-3-1 zone defense that held Mercer’s star player Timberlynn Yeast to six points when she averaged over 21 points on the year.

Teigh Yeast started the game off with a 3-pointer for the Titans and Southwestern followed up with a layup on their first possession, 3-2. Kinsley Molden hit a 3-pointer off an offensive rebound from the Warriors to give them the lead, 3-5. Lindsay Jessie had her first chance to score and was fouled under the basket. She made both free throws to tie up the game 5-5.

With the Warriors locking down the paint and driving lanes Anna Kate Drakeford took the deep shot and knocked down a 3-pointer, 8-5. Southwestern recaptured the lead with Ayden Smiddy getting hot hitting two mid-range shots and a 3-pointer for a seven point run, 8-12. Timberlynn Yeast attacked the paint and drew a crowd before passing to Jessie for an easy layup, 10-12.

The Warriors added two points with a post move, but Teigh Yeast answered back with a running floater, 12-14. Smiddy and Molden put together two successful possessions to come away with four points extending their lead to six points, 12-18. Drakeford earned two free throws off of a steal and made both shots, 14-18. In the last minute of the first quarter Smiddy made another mid-range shot and Drakeford answered with her second 3-pointer of the night, 17-30.

Timberlynn Yeast started the second quarter with another good feed to Jessie inside for a floater, 19-20. Timberlynn with another assist to Jessie on a fast break put Mercer ahead by one, 21-20. The Warriors went on a seven point run as Mercer couldn’t settle into a rhythm on offense, 21-27. Teigh Yeast ended the Southwestern run with another shot behind the arc to cut the margin to three, 24-27.