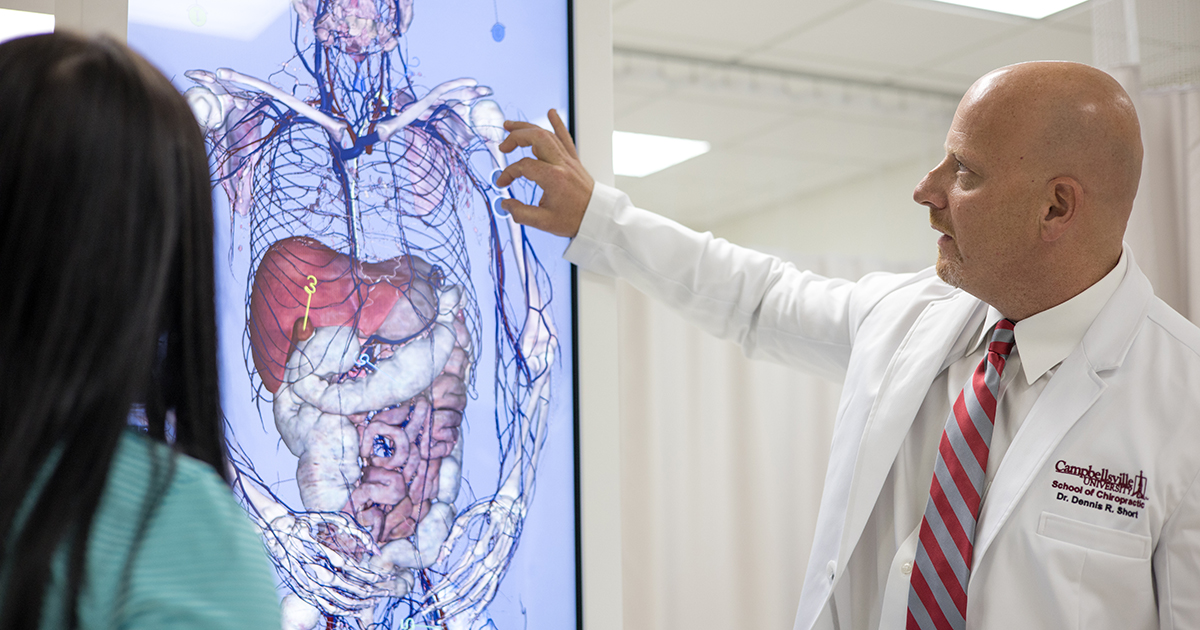 The White Coat ceremony marks the official entry of students into the School of Chiropractic.

“The ceremony signifies the start of a student’s journey to become a Doctor of Chiropractic,” Dr. Trevor Foshang, dean of chiropractic education, said. “Chiropractic and medical schools across the United States commemorate students’ entry into the health care professions by presenting them with their first white coat-a short version of the long coat typically worn after graduation.”

Although the ceremony itself is a relatively recent tradition, dating back to the early 1990s, the symbolism of white coats in healthcare dates back a century. The coat was traditionally worn by scientists to protect their clothing while conducting experiments and research.

As the professions of health care adopted more evidence scientific findings, doctors began to wear white lab coats-both for a practical purpose of keeping their clothes clean and as a symbol of adopting a more scientific and evidence-based approach to patient care.

After receiving their white coat, students will then recite an oath of commitment.

More than 100 professional Kentucky-based chiropractors are expected to attend the ceremony.

The state-of-the-art, 45,000-square foot facility opened to students in January. The chiropractic center is the first in the Commonwealth of Kentucky and the only one within a 300-mile radius.

The first cohort of students will be on track to graduate in 2025.